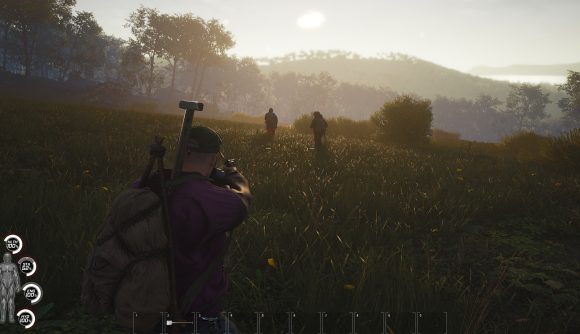 A datamine had revealed some hidden items within the assets of SCUM, including several weapons and pieces of clothing.

A Redditor by the name of Thurstonn mined the SCUM assets to reveal some previously uncovered items, including some new rifles, a shotgun and an M16. While SCUM already contains many weapons, the new rifles appear to add some much needed variety and scope to the game’s combat, which at time is reported to be imbalanced and frustrating. The game is currently in development, and balance issues is one of its main sticking points, according to its fans.

Some of the items listed have led the community to speculate on the potential introduction of new gameplay mechanics. The damaged Beretta model, for example, alludes to the introduction of weapon damage and recoil, while a pair of ‘improvised shoes’ has led some players to wonder whether there will be a full set of improvised clothing further down the line. Clothing crafting is currently very limited, however plans to expand it would make sense – given the plans to give the game ‘unprecedented levels of character customisation.’

SCUM is currently only available through Steam Early Access, and while there is no set release date for the full version at the moment, it has already sold 700,000 copies. New things are being continually added and modified, and players are encouraged to provide feedback via the Steam community or Reddit.