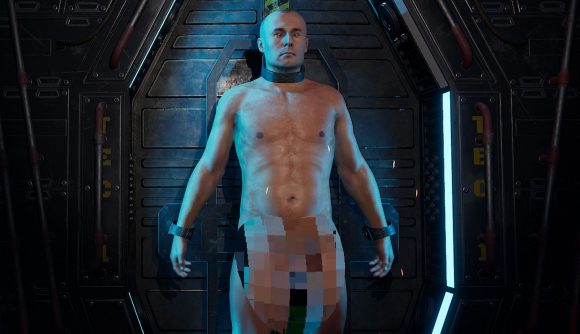 Scum penises have gotten nerfed in the latest patch, all under the guise of a patching flaws. Today’s patch notes include a “bug fix where penis would get bigger with each login.” That sounds more like a removed feature than a bug fix to me, but I guess ‘your dick gets bigger every time you play Scum’ would be a little on the nose as a marketing ploy.

That’s not the only penis-related fix in this patch. Developer Gamepires also notes that it “fixed a bug where urinating would lock hands and penis if interrupted,” and “fixed a bug where it was possible to increase penis size without it affecting other attributes.” So no, you can no longer pump your penis up without consequence.

Today’s patch notes also include some substantial changes for Scum players, including bigger arrow stacks, increased sodium loss from urination, and faster firing animation for M9s and Desert Eagles. But even publisher Devolver Digital knows where the real money is in their congratulatory message on Twitter.

Scum’s simulation of human anatomy is such that it would be weirder if it didn’t model genitalia, but we’re going to continue laughing about the game’s penises as long as developer Gamepires gives us reason to.

Scum’s Wild Hunter update went live last week, offering you the chance to finally adjust your own penis size with a new slider on the character creation screen. You start out at four inches, and can choose to either max out at eight inches or shrink down to one inch. The twist is that, like everything in Scum, your attributes are all linked. So if you fancy added a little extra length to your manhood, it comes at the cost of a different skill – stamina, perhaps.

Alternatively, you can gain some points by shrinking down, proving once and for all that it’s not what you’ve got that matters, but how well you use it.

Gamepires does acknowledge that not everyone wants “to have such a visual experience,” so if you don’t want to let it all hang out, you can turn on ‘concealed mode’. They also clearly want to do right by their most loyal players, so if you own the Scum Supporter Pack, you’ll start out with an extra two inches to do with as you please.