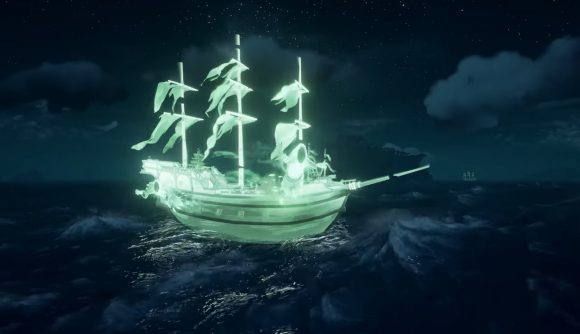 The monthly rollout of new Sea of Thieves content continues apace, and Rare has lifted the veil on June’s big update. The Sea of Thieves: Haunted Shores release date is scheduled for June 17, and will introduce a whole new class of NPC enemies in the form of ghost ships alongside some big improvements to the shanty system

These ghost ships fire off phantom cannonballs – literal ghosts that fly toward your ship in a straight line – as well as wraith balls, which explode against your ship shotgun-style, blowing a bunch of holes in your hull at once. If you sail directly behind a ghost ship, they’ll start dropping ghost mines that you’ll need to shoot or navigate around, similar to the existing gunpowder barrels.

Haunted Shores also adds shanty selection, letting you open up a selection wheel and select whichever song you want to play. We’re getting eight more shanties to play, too, including Maiden Voyage, Stitcher’s Sorrow, We Shall Sail Together. Rare wants to give you options across more emotional tones and let you play whatever’s most appropriate to the current moment. 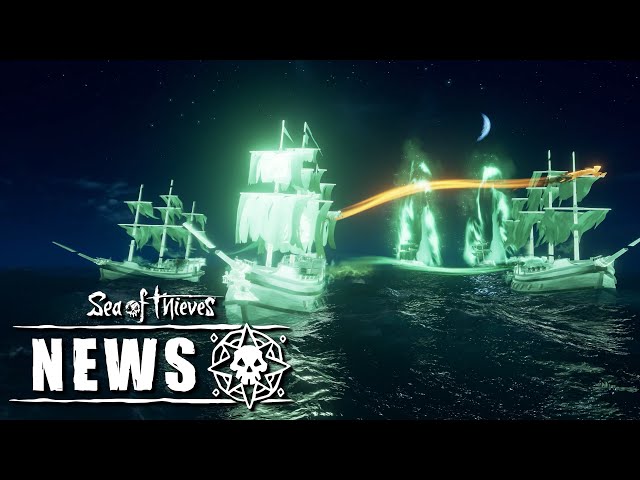 Rare introduced the joy of pirate games to a whole new group of players this month, and the Sea of Thieves Steam player count has been darned impressive so far – and Haunted Shores on June 17 should provide even more reason to keep playing.