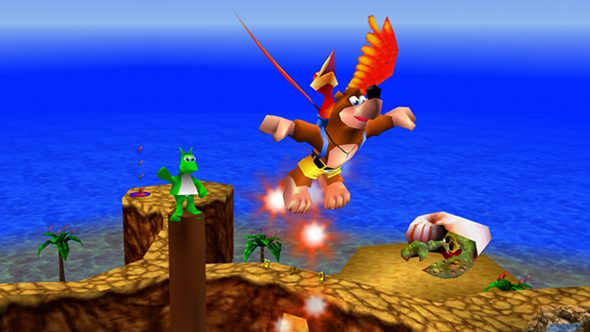 Sea of Thieves now has a new Bear & Bird figurehead to celebrate the 20th anniversary of Rare’s classic 3D platformer, Banjo-Kazooie. Today’s update brings the impressive figurehead to shipwright inventories across the game, allowing you to profess your love for Rare history to all your fellow pirates.

You can pick up the new figurehead for the low price of 1998 gold – and yes, that is indeed the year Banjo-Kazooie was originally released – and it will be available until the end of July. The wooden bear is supposed to keep evil witches at bay, and since I haven’t seen any such witches even going back months to Sea of Thieves’s original launch, it must be doing a heck of a job.

Don’t miss out on any of the best PC games.

This week’s update also applies a rocking effect when cannonballs hit your ship, and removes player titles from shops after you’ve purchased them, cleaning up inventory navigation a bit. And finally, there’s now an “exit to desktop” option in the in-game menu on PC, meaning you no longer have to log out entirely before quitting the game.

Two decades later, Banjo-Kazooie is still one of Rare’s most beloved series, and though we’ve finally escaped the dark days where the studio was focused on Kinect games, and though Sea of Thieves marks a return to the personality-filled games Rare’s best known for, the online sandbox doesn’t quite scratch the same itch as an old-school platformer. 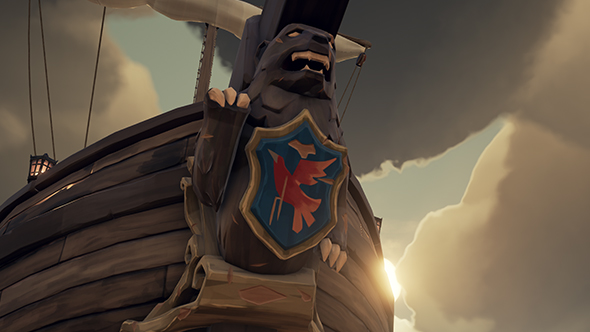 Maybe we’ll have to wait for the Battletoads release date before we can truly see those retro desires fulfilled, though I suspect the ZX Spectrum era fans will be left disappointed for a good while longer.