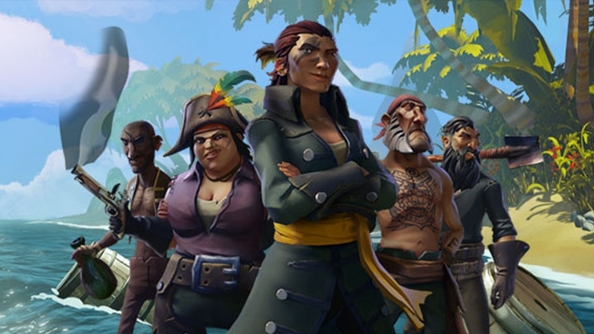 If you’re preparing to climb the rigging and take the helm of a ship this year, we kindly ask you to reign in your excitement a little. Microsoft didn’t announce a release date for Sea of Thieves at their E3 show, but have since revealed that the game won’t be out until 2017.

Talking to Kinda Funny, Xbox Games marketing boss Aaron Greenberg said that Rare’s pirate game is due to release around February next year. “Not far after that we get things like Halo Wars 2 in February and then we just keep kind of cranking as we go through. Sea of Thieves is coming out in that window, Scalebound, a lot more titles,” he revealed.

For reference, Halo Wars 2 will be released on February 21 on both Windows 10 and Xbox One, so it looks like in-or-around February seems the most reasonable bet for Sea of Thieves.