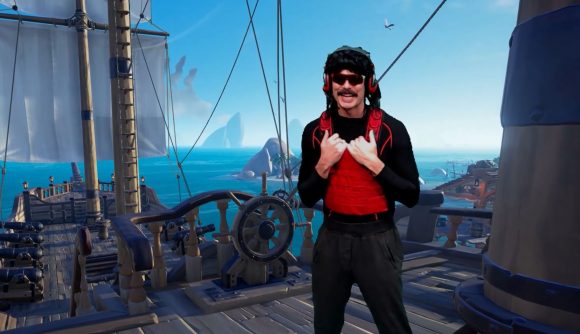 Sea of Thieves has had a resurgence in the past couple of months, kicked off by the one-two punch of the Shrouded Spoils update and popular streams from Summit1g. Now more of Twitch’s biggest names are setting sail – including Ninja and DrDisRespect – and Rare says all this interest has given the studio a very happy new year.

“Pretty much everything” has taken an uptick, according to executive producer Joe Neate in the latest developer update video, “whether that’s monthly active users, or it’s the streaming numbers, or even just our sales and our Game Pass. We’re seeing really great growth across all of these areas.”

Exactly how long this momentum lasts remains to be seen, and we don’t have the benefit of specific player counts since Sea of Thieves runs on Microsoft’s closed platform. The one thing we can see is Twitch numbers, and those have been big. Varied tracking sites from TwitchMetrics to SullyGnome show Sea of Thieves just outside of the top 10 for January’s most viewed games by hour count, encompassing 14 million total hours viewed.

That number is dwarfed by the likes of League of Legends and Fortnite, but compares favourably against Black Ops 4, FIFA 19, GTA5, and even Overwatch. For a time, Summit1g had the highest subscriber count on Twitch after he started streaming Sea of Thieves, and the popularity has been enough to bring in Ninja and DrDisRespect for at least a few days in the past week.

The latest developer update video addresses all this in vague terms, and also details quality of life fixes – killing some exploits and banning some cheaters in particular.

Good booty: Sail off in the best pirate games on PC

Sea of Thieves was my GOTY pick for 2018, and it’s good to see the game continuing to have success. Regular free updates have helped to fill out the admittedly thin content available at launch, and further big additions like the upcoming PvP mode will hopefully keep the momentum going.