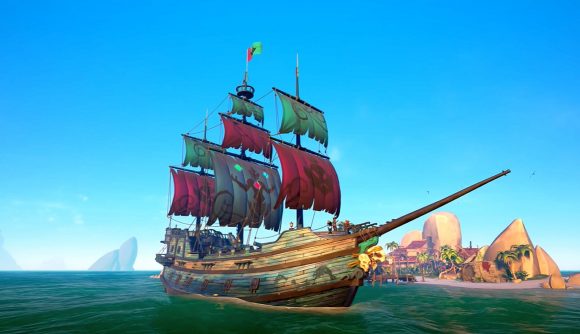 This week, Sea of Thieves developer Rare unveiled what it had in store for its flagship (hah) pirate game’s fourth season. The new content will take players down below the waves for some “subaquatic shenanigans” and bring a batch of new booty, such as siren shrines, treasuries, and “boatloads of Coral loot”. And, it’ll all be coming soon, with the Sea of Thieves Season 4 release date set for September 23. Now, we know when it should drop, too.

Downtime for Sea of Thieves Season 4 starts on September 23 at approximately 2am PT / 5am ET / 10am BST / 11am CEST according to a tweet posted by Rare today (below). While there’s no exact time given for when maintenance should be over – and the new season live and ready to delve into – we know that new season updates typically last a few hours, so you can probably expect it to be available roughly around two to three hours after this, though, again, that’s just an estimate for now.

You’ll need to keep a weather eye on Sea of Thieves’ social media channels for Rare’s official announcement that Season 4 is live, ready for you to weigh anchor and set sail into on the day (oh, the puns).

Here’s the Sea of Thieves Season 4 trailer if you’re keen to get a flavour of what’s on the near horizon: 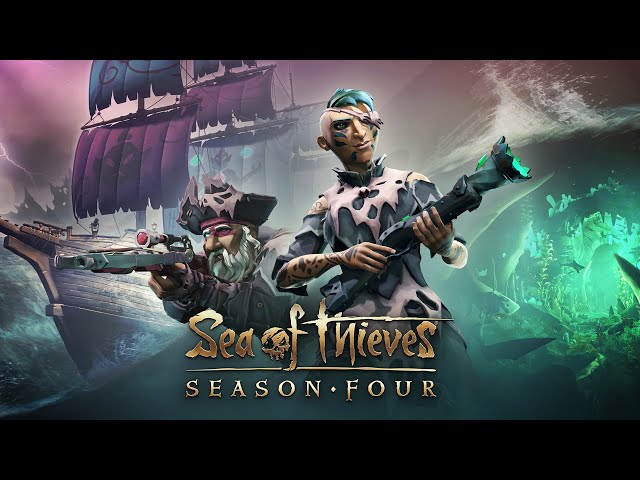 Sea of Thieves Season 4 will usher in six “unique” siren shrines, with each throwing their own distinct challenges and threats at players, and naturally harbouring a whole lot of plunder for “daring crews who can solve the mysteries that wait within”. They look pretty darn spooky from the trailer above, plunged into darkness far below the sea. The new siren treasuries – “sunken storehouses” – will pit you against undersea enemies, with more goodies up for grabs, while “Coral treasures of all kinds will earn rich rewards when handed in to the trading companies”, Rare explains.

Attention pirates! The Sea of Thieves servers will be offline from approximately 10am BST tomorrow, Thursday 23rd, so that the path to the Sunken Kingdom can be opened, and a new Season can begin. Please plan your Voyages accordingly. pic.twitter.com/1tnC23lsnV

For the full picture of what’s coming, check out the lengthy trailer above. Sea of Thieves Season 4 is a free new addition to the pirate game.