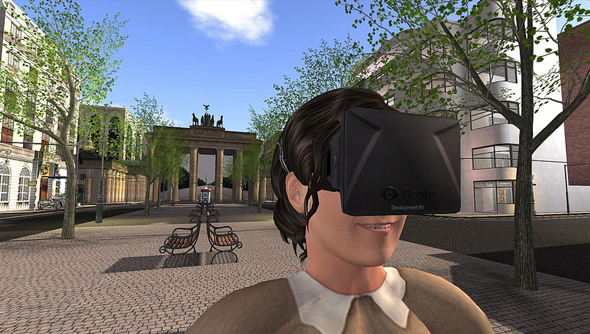 It’s been more than a year since Linden Lab first announced they were working to add Oculus Rift support to Second Life. Well, the first stage of that’s arrived.

The Project Viewer puts you in the head of your Second Life avatar. They’re still working on adapting the UI to a head-mounted display but this is a serious first step.

“Developments like the Oculus Rift hold great potential for Second Life, and we’re very excited to bring the virtual world into the future with new technologies and partners,” writes the studio. “A few weeks ago, we began a limited beta test of a version of the Second Life Viewer that makes it easy to use an Oculus Rift headset with Second Life for a fully immersive, VR experience.

“Today we’re pleased to announce that our Oculus Rift integration is now available as a Project Viewer, the first step toward becoming a part of the default Second Life Viewer.”

Linden have released a video showing off how to get the Oculus working with Second Life:

This is a big step for Oculus support. Hopefully it won’t be another year till we see it updated.