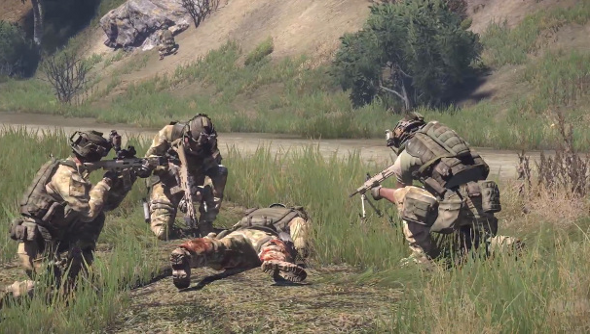 Arma III’s campaign is set to continue early next year, dropping on 21st January through Steam. However, you won’t have to wait for that long to get ahold of the new toys it offers, like the MBT-52 tank or a range of gun mods. All of the campaign’s content will be available in Arma’s glorious sandbox a week today.

The penultimate episode of three, Adapt continues the campaign started earlier this year in The East Wind. While it’s the sandbox that’s the main draw of the detailed military sim, coupled with the versatile and incredibly deep editor, the campaign still adds a welcome bit of context to the near-future conflict spread across Arma’s fictional Greek islands.