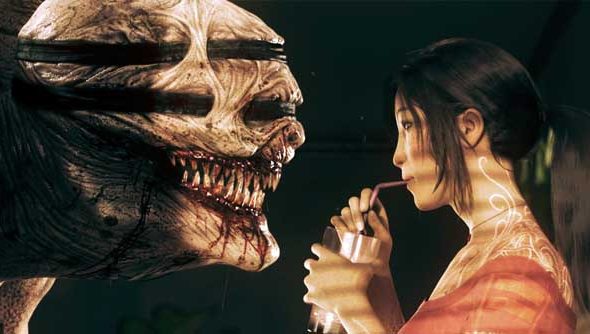 The Secret World has dropped its subscription with immediate effect. Purchasing the client is now the only thing between you and an ongoing battle against the dark horrors of this world, fought with assault rifles and pop culture reference.

“It’s important to point out that we’re not going free to play,” Funcom director of communications Erlin Ellingsen told RPS. “It’s buy to play.” Like an old-fashioned video game, then.

In a chat with RPS, new game director Joel Bylos compared the new payment system to Guild Wars 2. An optional membership will bring benefits including in-game cash for cosmetic items, but buying the $30 client will give new players the “full experience”.

Further revenue will be clawed from the in-game store. “We have to increase the average revenue per user in the store,” says Bylos.

“The first function of doing that is having more people in the game. You can’t achieve more store sales without having a higher population. The store does become more important. The client fee is important as well but we’ll probably do more regular updates to the store and put more focus on that.”

In the meantime, Funcom aim to continue with regular updates both free and paid.

“Like, we sell the issues – we’ll be about to release issue five when this goes out and that will continue – six, seven, eight, nine, ten and so on. Within those issues there will be some free content and some DLC, paid content,” Bylos explained.

“One of our greatest selling points is story, so we might bundle up a mission pack and sell that to people through the store. But there will still be some missions added, PvP updates and raids and things like, which are completely free. That’s the area where we’re aiming to expand, continuing to give people pieces of the story.”

I’d advise you to take in the entire interview over at RPS – a frank discussion of what’s become a post-sub world for everybody but Blizzard and NCSoft.

If you’re currently seesawing over whether The Secret World is worth that other remaining subscription commodity – time – sit down cross-leggged in front of our Dan to have him explain why The Secret World and Funcom deserve better.

Then have a read of this thread of in-game quotes. Tempted yet?