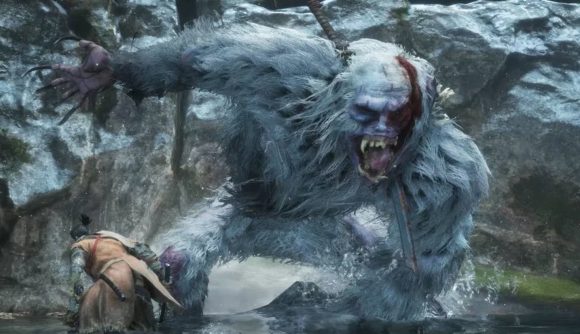 Ninja is primarily known as a Fortnite streamer these days, but he’s certainly apt to dip into other games from time to time. Lately, the secondary game of choice has been Sekiro: Shadows Die Twice, though the game’s Guardian Ape fight proved a bit too much for Ninja to take. Naturally, spoilers follow from here if you haven’t tangled with the boss yourself just yet.

The streamer spent a full 30 minutes trying to take down the Guardian Ape before finally getting the satisfaction of that beheading by way of Shinobi Execution. Of course, if you’ve gotten there yourself (or – cheeky plug – you’ve read our Sekiro bosses guide), you already know what happens next.

After Ninja gets his moment of celebration, the Ape rises up, grabs its severed head, and starts chasing once again. At that point, Ninja just silently hits the pause button, takes his headset off, and walks away. He eventually comes back, but the results don’t go in his favour. After the chat’s repeated cries of “he doesn’t know,” Ninja quietly remarks “now I know, now I know.”

Both clips were brought to our attention via Dexerto.

Struggling with bosses has become a tradition since Demon’s Souls and Dark Souls started sweeping the world, though if you’ve spent any time on the internet in the past week you know that same difficulty has become a hot topic.

We got an idea of what a Sekiro easy mode might look like thanks to the creator of Celeste, a game with a marvelous set of difficulty and accessibility options.