Precision is key when it comes to fulfilling the power fantasy of being a samurai. Careful and deliberate decisions characterise Japan’s warrior class; the layers of steel fashioned into their katana swords symbolic of the numerous rules and rituals that form their martial lifestyle. A game that revolves around the samurai code should therefore capture that exactitude, and Sekiro: Shadows Die Twice does it beautifully.

That’s not a word I would typically use when describing a FromSoftware game – Dark Souls is nothing short of grimdark – but Sekiro deserves to be called beautiful. The setting is the most obvious reason: Sengoku period Japan is lush with cherry blossom, ornate temples, and delicate snow. But it’s the meticulous design of Sekiro’s swordplay that makes me settle on it.

On the slopes of Mount Kongo, I find myself skulking through the knotty undergrowth in pursuit of a group of orange-clad warrior monks. Making their way up the steps to a monastery, they’re completely unaware of me – the new crouch stance allows me to silently tail them. As they climb, the group naturally forms into a neat line, which is my cue to strike.

Closing in, a red mark on the rearmost monk indicates I can perform a takedown. I bury my katana deep in his flesh as blood erupts from the wound in a crimson geyser. He collapses quietly, allowing me to approach the next monk, who has remained blissfully unaware of his ally’s demise. Four backstabs later, the group is eliminated. 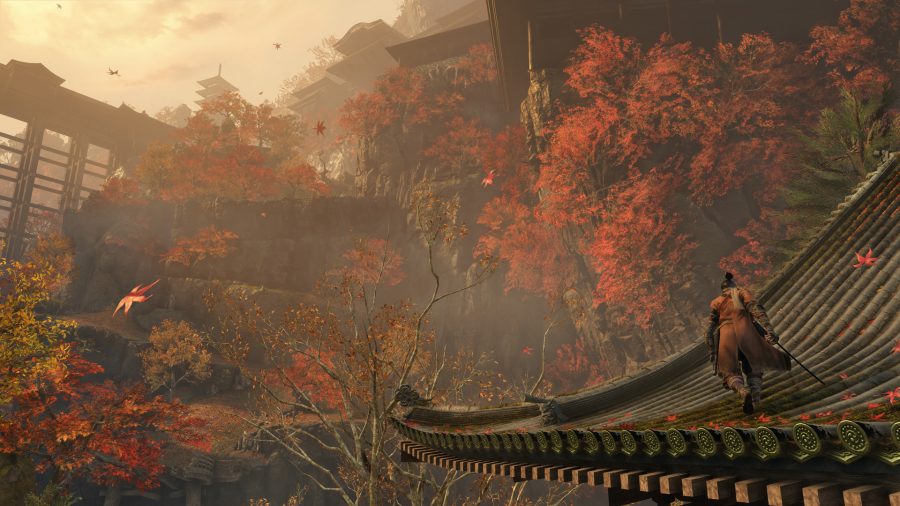 This is not how I’ve been taught to play FromSoftware games. It’s this that instantly makes Sekiro an exciting prospect. While its many sensibilities are unmistakably from the mind of Hidetaka Miyazaki – there are still bonfire-like checkpoints in the form of Sculptor’s Idols, and Rot Essence effectively parallels being Hollow – Sekiro’s approach to combat is almost Assassin’s Souls. Stealth is not only viable, it’s a vital ingredient in my deadly tool box.

blood erupts from the wound in a crimson geyser

The grapple hook built into my prosthetic arm allows me to swing up into tree boughs and onto rooftops, where I can gather intelligence on enemy movements and even plan to bypass entire patrols. It’s an invitation to apply the techniques of games like Splinter Cell and Dishonored; to think about levels as 3D spaces rather than linear pathways. Early on in my playtest I encounter a Samurai General with two health bars who easily decimates me, but thanks to the multi-layered environment I’m able to catapult myself over the gate he guards, bypassing him entirely. I’ll be back for my revenge once I’ve upgraded my skills.

While Sekiro’s accomplished approach to stealth is its most noticeable deviation from the Soulsborne games, it’s important not to underestimate its combat prowess. I spend as much time locked in battle as I do sneaking through tall grass, trying to get accustomed to its entirely new approach to battle – the posture system.

This mechanic forces me to wear down an enemy until their stance breaks, at which point I can perform a ‘deathblow’ finishing move. To grind away at an enemy’s posture meter, I must either be constantly attacking or parrying their blows. This opposes the technique I carry across from hours of playing Souls games in which I repeatedly dodge around a foe until a window of attack opens up. Applying this muscle memory to Sekiro results in barely ever being able to strike a damaging blow – any time I’m not connecting blades is an opportunity for my enemy to regain their posture. If Bloodborne’s combat was designed to encourage aggression, then Sekiro’s has been formulated to channel hot-blooded rage.

Your character in Sekiro wears a prosthetic arm that's more than just a replacement limb. Equipped with a grapple, you can swing across levels like a deadly Spider-Man. The arm can also be upgraded with a variety of tools, including a flamethrower.

It’s in this mechanic where Sekiro’s dedication to precision and discipline is found. While there’s no stamina meter to worry about, I do need to elegantly parry every incoming strike. It becomes a game of committing every enemy combo to memory, with my left trigger finger practically dialing morse code into the controller.

All this is not to say every enemy is a nightmarish battle. Standard enemies go down surprisingly quickly, and can be fought primarily with reflexes rather than tactics. But more complex mobs, such as a pole-vaulting samurai who causes me no end of trouble towards the end of my session, require much more patience, discipline, and strategy.

Sekiro’s title is surprisingly unpoetic as you literally can die twice. When fighting the aforementioned vaulting samurai, this comes as a relief. As he deals the killing blow to me I realise I can knock him out the air mid-leap with a throwing star. Rather than having to replay a lengthy section of Mt. Kongo before putting this new knowledge into action I’m able to instantly resurrect and get my revenge. Resurrection eventually comes at a cost, though: die a second time and your XP is halved, as is the number of sen coins in your hand. There’s no running back to collect your bloodstain like in Dark Souls. As such, using the Resurrection skill to stay alive between Idol camps is essential. 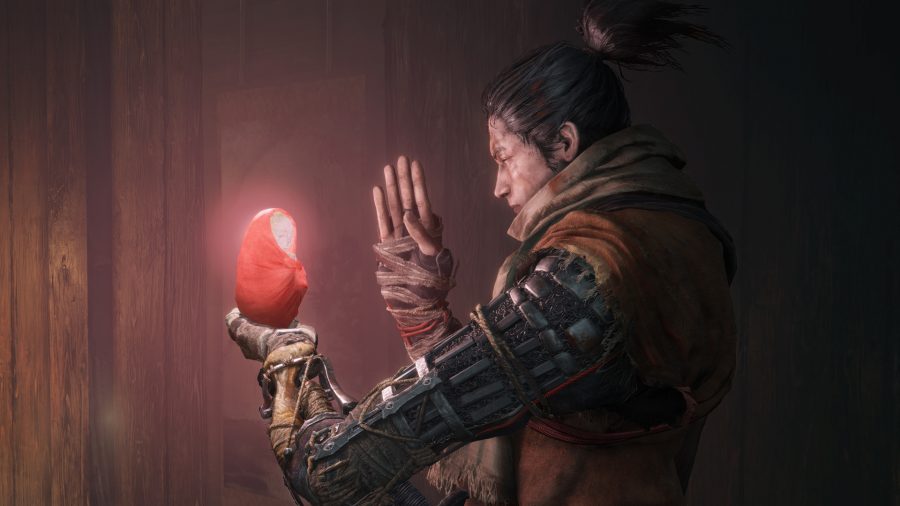 During my two-hour playthrough I discover many hints to much larger systems at play. There’s something called Unseen Aid which, in true FromSoftware tradition, is cryptically explained rather than clearly instructed. Possessing certain items reduces the chance of Unseen Aid, which makes me think it’s part of Sekiro’s answer to summoning and Hollowing.

There’s also a set of detailed skill trees, which feel oddly Western in their design – potentially a result of FromSoftware’s partnership with Activision. But while the branching pathways and skill icons are a world away from the list of numerical stats in Dark Souls, they’re not unwelcome. It’s great to have at least half a clue about what you’re progressing towards in a FromSoftware game without the need to bring up a Wiki.

Read more: Try out the best samurai games on PC.

Two hours is barely the blink of an eye for Sekiro, especially when it’s your first time playing. There’s much to decipher, plenty to learn, and a thousand deaths to endure during the process. But what I do know is that Sekiro feels wonderful. It captures the essence of the samurai code in its combat and liberates traditional Dark Souls level design with its more freeflow, vertical movement.

As FromSoftware promised, this is a very different game to its previous works, but it maintains many of the hallmarks that make them special. It feels like the right mix, providing more surprises than Bloodborne did, but still clearly building on that common foundation many players have come to adore.