In my 30 minutes with Sekiro I infiltrate a castle, and while I can see the direct path winding through the grounds beneath me – comparable in layout if not aesthetic to any other Souls game – the difference is that the battlements and trees that loom above the stronghold can be explored. As I’m a ninja, this is pretty appropriate.

The grapple hook – the only gadget in your prosthetic arm that you can always use, whichever other you have equipped – ties this all together. Grapple points are highlighted in the world with grey circles that light up green when they’re in range. In so many more ways, our character is more manoeuvrable than anything we had in the Dark Souls games: there are dedicated jump and crouch buttons (crouching while in long grass helps keep you hidden), and I can hug walls and hang from ledges – more Solid Snake than the undead warriors of FromSoft’s other games.

It raises a smile to see developer FromSoftware’s renowned brilliance for level design effortlessly encompass these new mechanics. Some grapple points can only be targeted when you’re in mid-flight from an earlier grapple – they’re too far when you’re on the ground, and the angle isn’t right once you’ve landed. Certain paths are hidden behind these double-grapples, while others require you to jump and then grab a ledge in midair. These avenues open new angles of attack on enemies and new paths through the level, as well as a fearsome secret miniboss. I often see ledges or greyed-out grapple targets and wonder: ‘How can I get there?’.

Enemies have awareness indicators now – they fill slowly yellow and then red as suspicion escalates to alarm, and behave similarly to enemies in Assassin’s Creed at each stage. Yellow means they’ll stare in your direction and then come searching, red means they’re in attack mode, and it feels far more intense than before. Where it was possible for fights in Dark Souls to be almost peaceful, enemies here will shout when they see you, and the music will surge thunderously. It’s a real adrenaline kick. 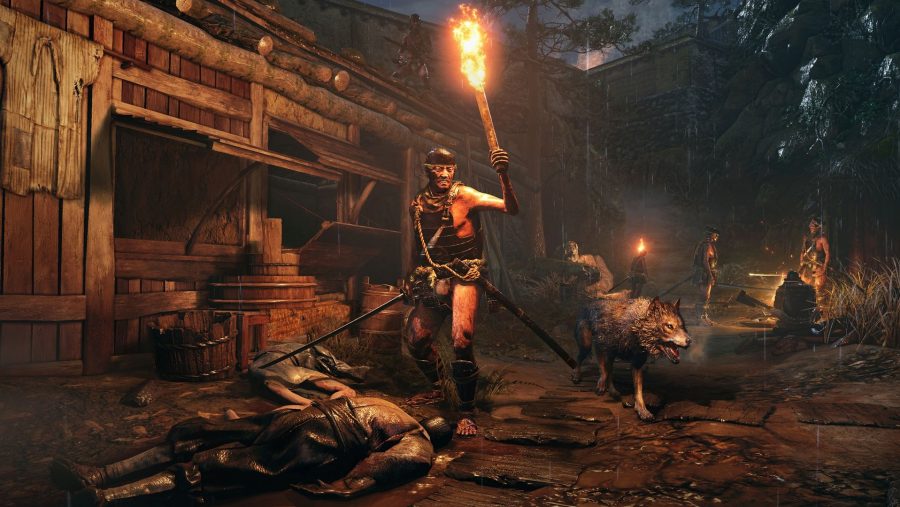 Your katana is always your primary weapon and you’ll need to learn to use it, no matter how much you enjoy the sneaky new playstyle

I wonder if this is a nudge to encourage you to play like a ninja. After a couple of deaths to acclimatise, my third run through the castle grounds was deeply satisfying: an efficient path to the first miniboss that took me several minutes of trial and error to figure out is now completed in a seamless sequence of slick grapples and precise backstabs. It reminds me of nailing a challenge room in the Batman Arkham games.

But then we come to the miniboss – the Samurai General – and I’m forced to properly engage with Sekiro’s combat. The fundamental change here is the swordplay: your katana is always your primary weapon and you’ll need to learn to use it, no matter how much you enjoy the sneaky new playstyle. Both yourself and every enemy you fight has a posture gauge, which attacks will deplete. You can minimise the loss by blocking, but you can negate it and throw it back at the enemy if you block at the instant their attack lands.

The key to beating any Souls boss has always been about learning their attack patterns, but whereas before this was about learning where to dodge, here it’s about learning where to hold block, tap block, attack, and counterattack. Dodging is also still possible, and will likely be your best option against bigger, wilder enemies who are less interested in duelling (as a second miniboss, the Chained Ogre, makes violently clear). 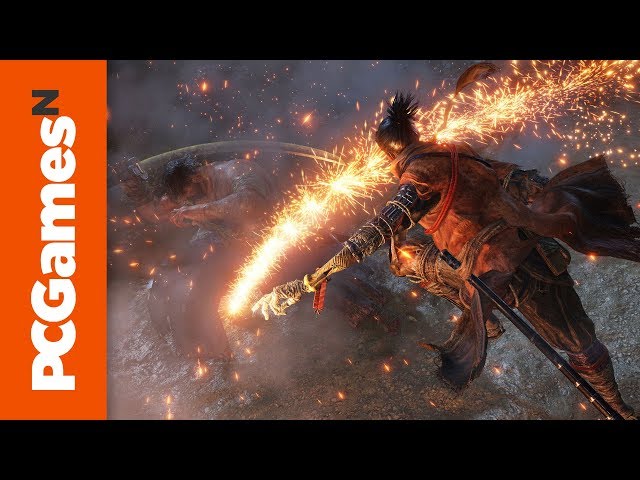 There’s more to the combat than I can comfortably absorb in my 30-minute demo, but I make incremental improvements with each attempt, and the familiar cycle of a FromSoft game paying out scraps toward the promise of a big jackpot is as hopelessly addictive as ever.

FromSoft almost made Sekiro as a new Tenchu game, a series that also puts you in the jika-tabi of a ninja. The team decided against it to be more free in designing the game and world.

But nah, I die. And when I do, I’m given the chance to resurrect. It’s a divisive idea but doesn’t make things much easier: I have a maximum of two resurrections in the demo, after which I respawn back at a checkpoint (here, a multi-armed Sculptor’s Idol, rather than a Bonfire). One resurrection charge refills by killing enemies, but the second doesn’t – I only get this back by praying at an Idol. Killing enemies will also yield White Spirit Emblems. These are paper dolls that harbour the spirits of the dead, and function as ammunition for your prosthetic gadgets (apart from the grapple). 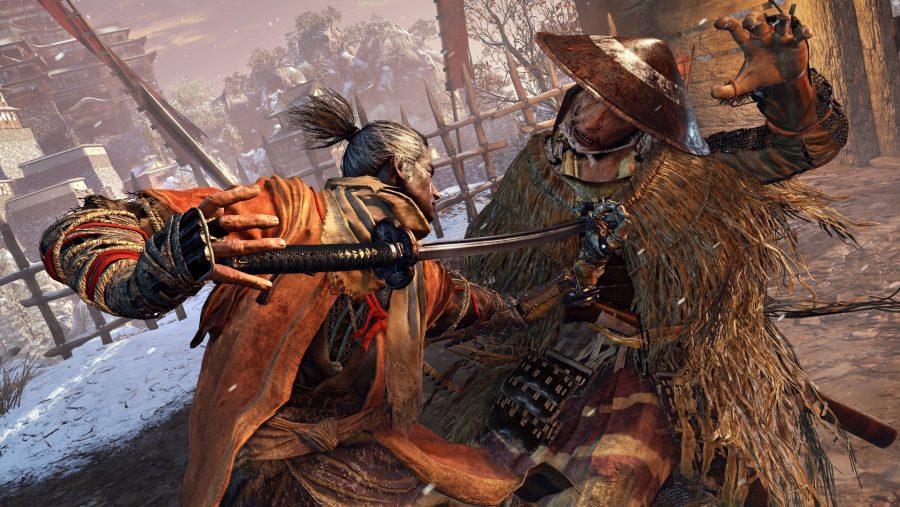 For the most part, I encounter said enemies in ones and twos. Almost every kill has a gory animation, and a stylish camera zoom with which to admire it: backstabs, plunging kills, and even simply battering an opponent until their posture is broken, after which I can land a ‘shinobi deathblow’ – they each feel dramatic, far more so than hacking and slashing through a mob of Hollows. It’s only a demo, and the full game is likely to have a wide variety of enemy types, but the extra heft of each engagement is a refreshing change of pace.

Sekiro: Shadows Die Twice releases on March 22 next year and I can’t wait. The classic Souls formula is remixed more radically here even than in Bloodborne – the grapple hook, swordplay, and removal of levelling are big changes – but, as we’ve seen time and again, FromSoftware knows what it’s doing.