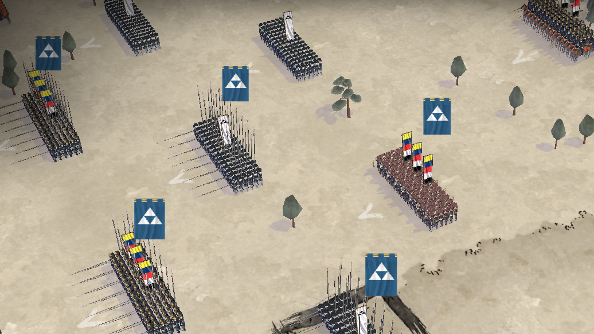 This week, we’re taking a look at Sengoku Jidai: Shadow of the Shogun. It’s in beta right now, and you’ll be able to get your hands on it when it launches on May 19.

Sengoku Jidai: Shadow of the Shogun 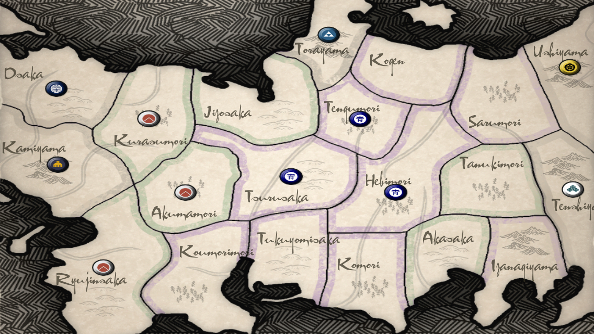 Sengoku Jidai: Shadow of the Shogun looks like a painting that an artistically-minded general might hang up in his office, to admire after a gruelling campaign fighting over control of Japan. Its maps of the warring states and blood-soaked battlefields bring the Sengoku period to life with ink and watercolours, belying the grisly realities of a country at war with itself.

On the surface, it’s unassuming and quietly pretty, but underneath the paint is a wargame where manpower, supplies, attrition and the logistical nightmare that is war is very present, alongside turn-based tactical conflicts where generals lead samurai and ashigaru into battle.

The warring states period finds Japan in turmoil, as the various clans fight for control over the empire, absent a single strong ruler to keep them all in check. Bad news for Japan, then, but good news for armchair generals. Several campaigns can be embarked upon, covering the entire period from the late 15th Century all the way up to the 1600s, including Japan’s invasion of Korea. 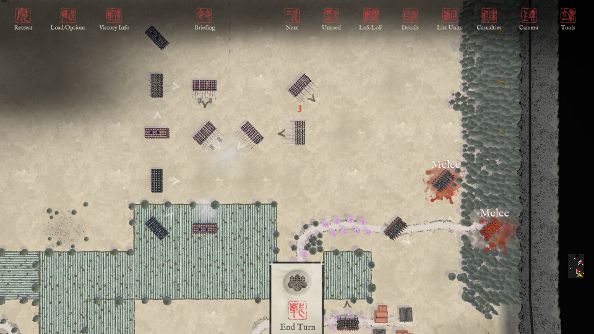 On the simple map, armies can be raised from historical units like yumi samurai and yari ashigaru, neutral clans can be bribed with gifts, and provinces can be put to the sword and eventually added to your daimyo’s domain. The goal, of course, is to conquer Japan, ruling it as the new Shogun.

Each province provides supply, taxes and manpower, which can also be disrupted by armies. Conquering a province is a race against the clock, as armies lay siege in an attempt to lock it down before the dreaded arrival of winter, at which point they have to withdraw. Even when the weather isn’t causing issues, there are still threats like disease and attrition.

While scraps between armies can be automated, the meaty core of the game is its turn-based tactical battle system, where the campaign map is left behind and battalion-sized units duke it out across fields, villages, and the Japanese countryside. These fights are evocative of Pike and Shot, with melee units getting locked into engagements until they retreat or rout, leading to a chase as the victorious unit hunts down the routing one until it’s fled right off the map. 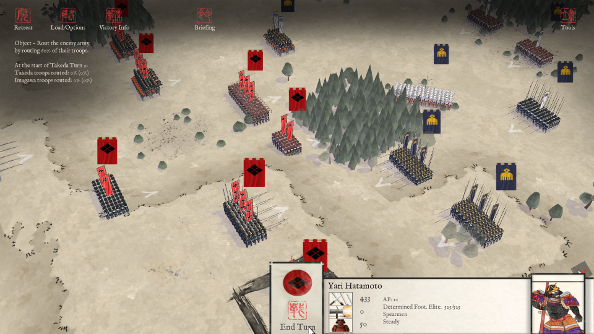 The key to winning these battles is creating and making the most of advantages like high ground (the greater the elevation, the greater the bonus) and positioning, as even a weaker unit can devastate foes by attacking from the flank or rear. Each unit also comes laden with its own strengths and weaknesses, performing better against specific units. It’s not just about what unit you’re attacking, though; advantages are also based on certain conditions. So while yaru ashigaru, with their spears, are strong against lancers, that strength is diminished somewhat if they are charging, rather than repelling them.

Sengoku Jidai: Shadow of the Shogun should be comfortingly familiar to veterans of Pike and Shot, but with the inclusion of generals in the battles, there are still new features to explore, while the addition of a campaign mode offers a more cohesive way to experience this bloody civil war.

Our ‘The World in Wargaming’ series is created in association with Slitherine. Sengoku Jidai: Shadow of the Shogun launches on Steam on May 19.