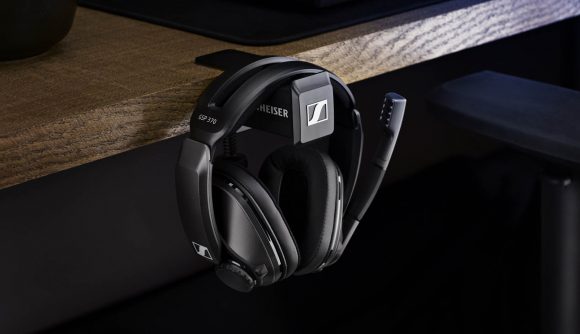 Sennheiser has vastly improved the battery life on its latest wireless gaming headset. With much of the same design notes as the rest of the audio company’s gaming lineup, the GSP 370 allows you to enjoy the signature Sennheiser sound for up to 100 hours without worrying about charge.

Announced yesterday, the GSP 370 will set you back £169 – a fair bit less than the company’s recent wireless addition, the £299 GSP 670. The design of the headset is resolutely closed-back, similar to the GSP 300 or 600, which ensures all your gaming audio stays within the ear cup and doesn’t leak into your surroundings. In my experience with the rest of the closed-back range, that should also mean you’ll be able to hear nada of your surroundings with these on your noggin, too.

But it’s the contrasting battery life between the GSP 670 and newly-announced GSP 370 that has piqued my interest. Where the pricier unit manages only 16-20 hours, the pared back GSP 370 can exceed 100 hours of playtime. That could be a game changer if you’re the forgetful type and often find your headset on its last legs at inopportune times.

The remaining build is similar to the rest of the entry-level Sennheiser gaming lineup. The GSP 370 features a low-latency USB-powered wireless connection, and puts the Sennheiser Gaming Suite software introduced introduced with the GSP 670 to good use once again – offering users sound modes, an equaliser to ruin, preset switching, and microphone tweaks. 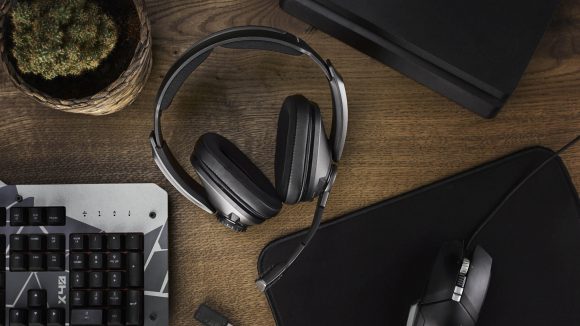 And since it’s a Sennheiser unit, I’m fully expecting pared down bass and a focus on the upper range of gaming audio. We’ll find out for sure once we’ve got the review unit in.

The Sennheiser GSP 370 is available online for £169 (€199) – and once again the company will chuck in a free headset hanger with every purchase, too.