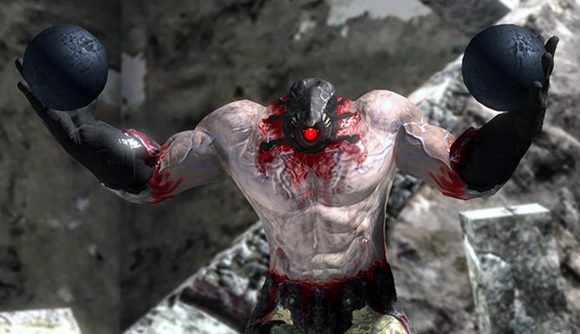 It’s been a long time since the last Serious Sam spin-off game, but now one of the oldest has finally arrived on Steam ten years after its initial release. Serious Sam: Kamikaze Attack! is an endless runner that originally launched on mobile in September 2011, and puts players in control of one of the series’ iconic Headless Kamikaze enemies in pursuit of Serious Sam himself.

Serious Sam: Kamikaze Attack! appeared on Android and iOS a decade ago as part of the Serious Sam Indies series, though you won’t find them there anymore. The series also includes 2D shooter Serious Sam: Double D, JRPG Serious Sam: The Random Encounter, and the most recent game Serious Sam: Tormental – a top-down roguelite shooter, similar to Enter The Gungeon, which is still in Early Access.

Most importantly, Be-Rad has also stripped out all microtransactions from the game, which were prevalent in the mobile version. The team is continuing to roll out patches too, with the current version 1.24 arriving just today – boasting UI improvements, better support for ultrawide monitors, and being able to save your character’s personal head between missions, amongst other changes.

You asked for it, @BeRad_Ent delivered. Now, you can screAAAAAm at me like the headless freak you wish you were.https://t.co/GAbqFaUAev pic.twitter.com/fvwkRV6GnJ

It’s certainly not the most complicated game, but it’s currently sitting on a positive rating on Steam from 28 reviews so it’s possibly worth the asking price – which is 34% off until August 3, making it $1.57 / £1.37, so hardly bank-breaking. Alternatively, you can go straight to the source and give last year’s Serious Sam 4 a go – and if you’ve already completed it, try putting it through a cyberpunk filter instead.