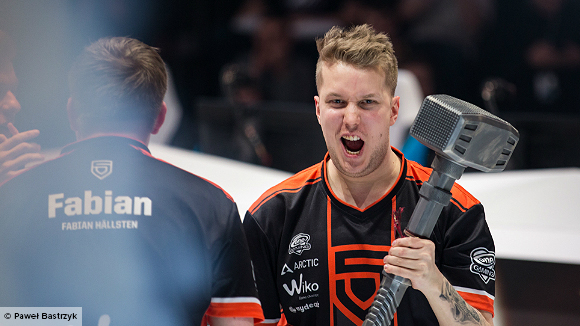 Ville ‘SHA77E’ Palola, one of the world’s best Rainbow Six Siege players, has left PENTA Sports to pursue full-time streaming. The 26-year-old announced his departure on Twitter this morning, citing motivation problems as the reason behind the news.

Since joining PENTA in December 2017, SHA77E made an immediate impact, helping his teammates win the Six Invitational 2018 in February and the Pro League Season 7 Major in April. However, the Finn was absent from the Pro League Finals last month due to personal reasons and was replaced by his former teammate Kantoraketti.

Get your squad together and try out some of our best multiplayer games.

SHA77E has been hinting at the move for a couple of days though, so it has not come as much of a surprise when he confirmed it on social media today. Despite telling fans that he was lacking motivation, the fragger promised he would make his return to the Pro League in the future.

While PENTA has not yet released a statement about the roster change and who will fill SHA77E’s boots, many believe Kantaraketti will fill the void. Only time will tell.