Black Desert Online is, quietly, a bit of a phenomenon. With over ten million registered users (and another 20 million on its mobile version), and as a regular fixture on the front page of Steam’s most played games (#22 at time of writing, with 22,699 concurrents), it’s one of the biggest MMOs in the world.

Shadow Arena is what you might call an extension of the brand. Currently in development at Black Desert’s studio Pearl Abyss, it’s a 40-person battle arena in which you fight both AI enemies and other players – something between a battle royale and a MOBA. For Honor meets PUBG meets Dota 2. Black Desert’s combat has always been more active than the skill bars and tab targeting typical of MMOs, so perhaps a combat arena made sense as a means to take the world into new contexts.

As Shadow Arena’s final beta test looms, we caught up with lead producer Kwangsam Kim for a chat about the game’s development and the challenges of making a PvP arena out of an MMORPG.

By the way, that final beta we just mentioned goes live today, running until Sunday 19, and we’ve got a whopping 10,000 keys to give away. If you’d like to get involved, just head to our free Steam keys page and claim your key through the widget – no draw involved, but first come, first served!

PCGamesN: How would you describe Shadow Arena to someone who hasn’t played it before?

The characters are from the world of Black Desert. Why did you choose to bring them over from an MMO to a PvP game?

So I wondered: what kind of game could we get if we removed the limits of the genre and restructured the game into a full-on PvP game? Then to take it a step even further I thought: how about we combine the various PvP games that have been coming out recently into one comprehensive PvP game?

We also wanted to develop the parts of the Black Desert universe that were not described or revealed in full. Additionally, we wanted to bring forth characters that were only mentioned by name, and to get characters who appeared in Black Desert when they were past their prime and show them in Shadow Arena at the point in their lives when they are at their peak. 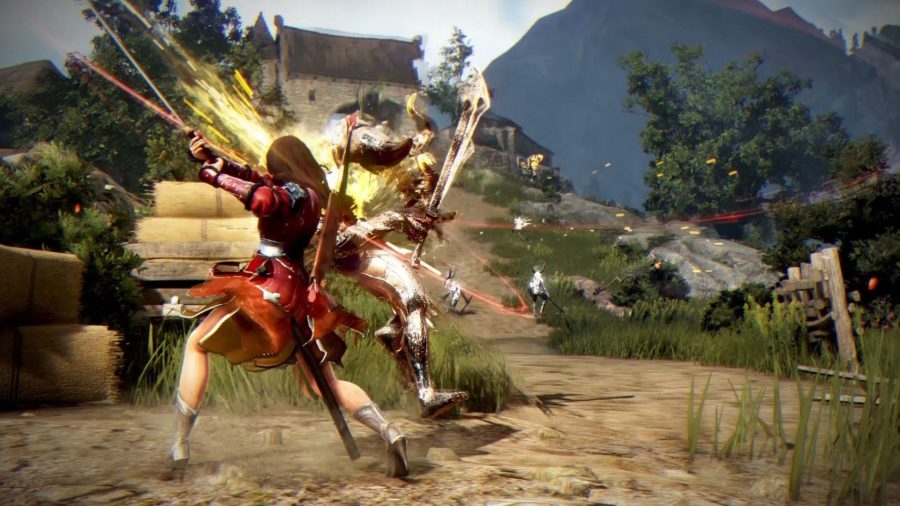 What were the challenges of making this transition?

Since we were working on a game that looks similar to Black Desert but is completely different in so many aspects, there were occasionally times when we kept comparing the two games. So we had to get used to and get over the most basic point – these are two completely different games – in order to make an RPG game into a PvP one. Simply put, it was sometimes difficult making something unfamiliar with things we were already familiar with.

When creating a PvP experience, what are the most important elements to keep in mind when developing the game?

The first thing we focused on was the fun that came from the controls and strategy involved in 1v1 fights. Battle royales call for players to fight each other continuously in 1v1 fights or small scale skirmishes. We tried to make each hero stand out with their uniqueness and gameplay style in 1v1 PvP, so players feel the fun of controlling their heroes. But at the same time, we tried to incorporate more strategic features into the gameplay without sacrificing the fun originating from 1v1 or small scale PvPs constantly happening in the game. 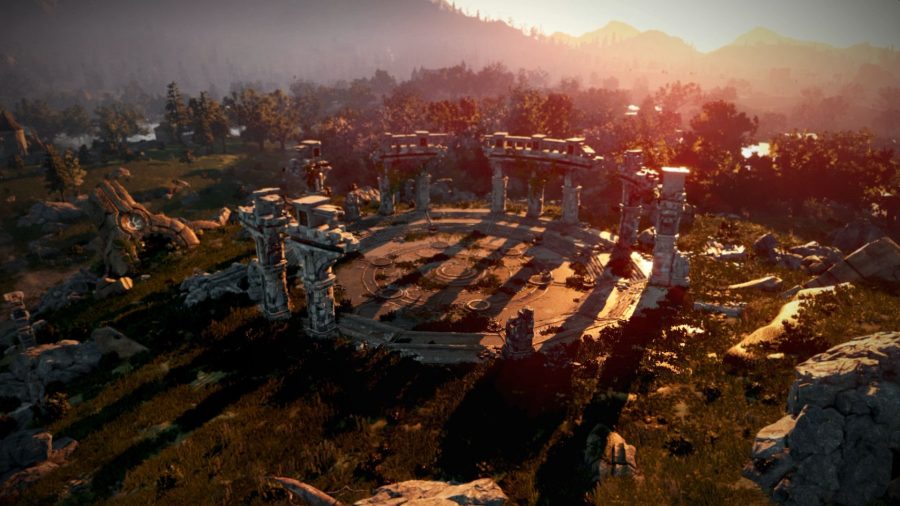 Shadow Arena shares some environment names and features with Black Desert but in fact, they are different. For example, the ‘Serendia’ map has different characteristics from the original ‘Serendia’ in Black Desert. We added strategic elements like escape routes, places to hide, good hunting areas, and tried to put in distinct features while maintaining consistency in each area. My personal favorite is the wheat field; we wanted to create a scene where players can hide and run through the bushes, slashing enemies in the field.

How have you approached map design?

The larger a map gets, the longer the distances that players have to cover, and longer travel times mean less combat. If we put a vehicle option into the game, such as a horse, to solve this problem, it would be easier to escape and avoid the fight. This would be a negative element in a game where melee combat is a focal point. So we put aside the vehicle option. We tried to find the optimal player number and the map size that is large enough to offer players fair looting time and levelling up opportunities and also is small enough for every player to encounter enemies in a proper frequency on the way to the top.

Balance is an essential feature of a PvP game yet notoriously tricky to get right. How have you tackled this?

Beginners' characters emerged as strong in the previous beta, which differed from our experience as masters

We believe that the process of getting a character’s balance right can only come from repeatedly playing and testing the game. If you watched some of our Dev’s Play streams and videos, you may have been able to tell that the dev team devotes a huge amount of time and effort testing the characters and game. Each member of the team is a ‘Master’ player for at least one of the characters, and adjustments/fixes come as we repeatedly play and fight each other.

However, we realised through the previous beta that the balance we experienced as dev players could be completely different from a beginner’s perspective. In particular, the characters that we considered suitable for beginners showed a lot of strength and results, so those characters were used frequently in matches and not many players tried to come up with counter plays or strategies. So the balance that the players were experiencing was different than the ones we had felt when we played the game. Because of this, we brought in members from other teams besides our dev team to play Shadow Arena so that we were able to get a wider perspective on character balancing. 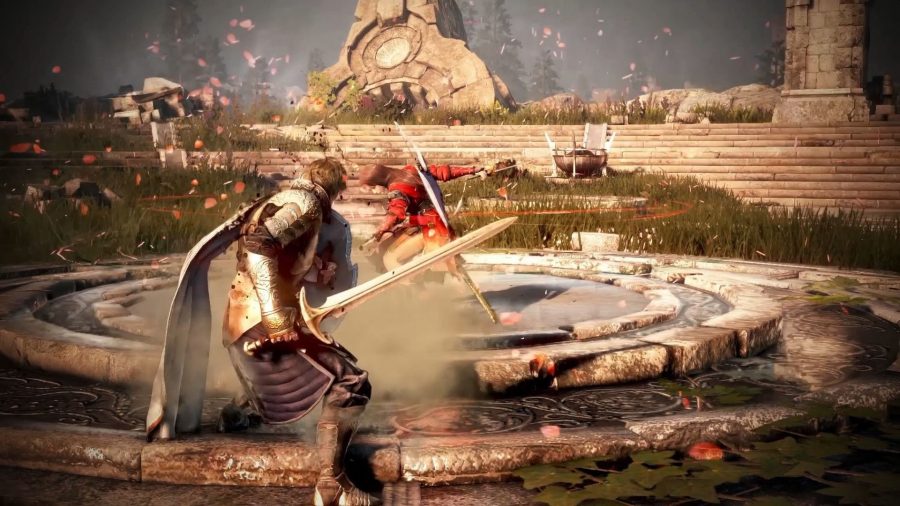 In what ways does Shadow Arena develop the lore of Black Desert? Or is that reserved more for the MMO?

Shadow Arena shares the Black Desert universe and we try to deliver the untold or not fully revealed stories of Black Desert, as well as the characters that are part of that world.

Thus, the world and stories from the two games are interconnected and supplementary to each other. The new region O’dylita, which will be updated soon in Black Desert, also offers a connecting link between the two games which players will find interesting.

What kind of player are you looking to entice with Shadow Arena, and which aspects are you most looking forward to seeing them try once it’s fully released?

Serious PvP players: those players who study gameplay mechanics in-depth, practise over and over, hone their skills in PvP; those who also just genuinely enjoy competing with other players and like to pursue great achievements and honour in competition. Shadow Arena is created for those players.