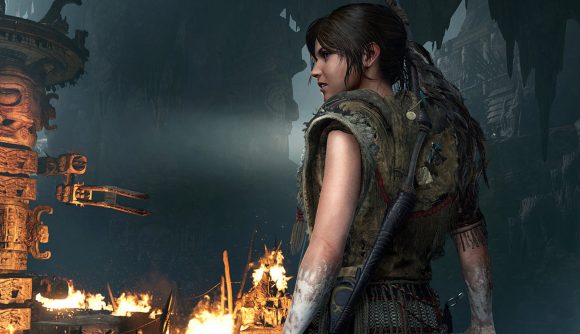 Shadow of the Tomb Raider is currently on sale, not very long after release. You might see that as a good opportunity to check out Lara’s latest adventure, or you might see it is a reason to leave an angry comment and a negative rating on the game’s Steam page. Plenty of people have decided that the latter is the better course of action.

SOTR went on sale earlier this week. Just afterward, on October 16, a rash of negative reviews started going up – a far greater proportion of bad reviews than the game had seen before. Some of those reviews mention audio bugs and crashes that have come up since the latest update, but the vast majority make direct mention of the sale price.

Many of those reviews come from around the world, but the vast majority come from Chinese users. On Reddit, predator8137 has provided a rough translation of a few responses, many of them with angry words for Square Enix. “50% off in one month, SE is unethical.” “Your mom is dead. If I ever preorder again I’m an idiot. I’ll eat shit if I ever touch your game again.” “Go fuck yourself SE, 43% off in one month. These Japanese developers should die. Ugly business practice.”

On Steam, Shadow of the Tomb Raider is 34% off for the base game, or 47% off for the more expensive Croft Edition with all the DLC. Those are pretty steep discounts this soon after the game’s September release, and they might indicate lower-than-expected sales for the new game. Shadow of the Tomb Raider sales are reportedly way down on physical media, but that’s largely accounted for by the general increase of digital sales. Steam Charts player counts suggest comparable starts for Shadow and Rise.

Regardless of the reasons why, frustration over the quick discounts are understandable – though telling developers to go die isn’t. Valve has had a lackadaisical approach to review bombing, and items like historical graphs haven’t really helped. Shadow of the Tomb Raider has its flaws, but I’m not sure I can count “it’s too cheap now” among them – and there’s little excuse for allowing the tone of some of those reviews to go unmoderated.