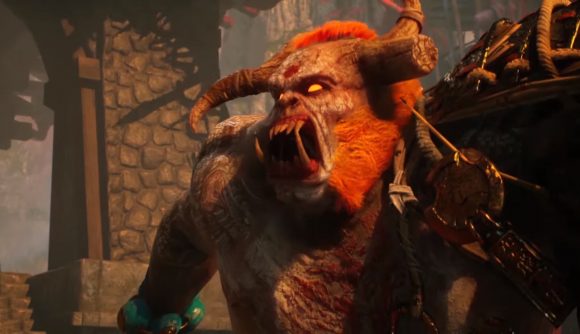 Last week, we heard that Shadow Warrior 3 was coming with a ‘dedicated katana button,’ and this week we get to see that in action. Publisher Devolver Digital has posted a video with 17 more or less uninterrupted minutes of Shadow Warrior 3 gameplay, and we’ve got to say, it looks fun as hell.

The sequence in the video shows the same Way to Motoko area we glimpsed in the Shadow Warrior 3 gameplay trailer, only this time we get the full Monty, as it were. Lo Wang is heading up to a temple accompanied by former-nemesis-turned-ally Orochi Zilla. They’re discussing the differences between dragons and wyverns, which Wang seems to know a lot about – he attributes that to comic books, rather than the fact that he was by all appearances consumed by one at the end of Shadow Warrior 2.

Pretty quickly, we’re into the action – Lo Wang’s parkour moveset has expanded considerably, and the level features quite a few wall-running sequences that wouldn’t have been out of place in Titanfall 2. The combat arenas are more closely related to Doom Eternal, especially once Wang picks up the new grappling hook (which he finds on a mummified corpse dangling over a ravine).

Here’s the footage, and be warned: it’s absurdly gory. This is Shadow Warrior, after all. 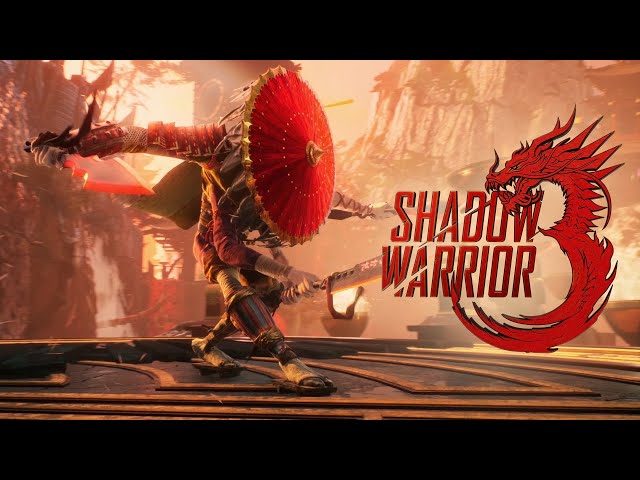 There’s some solid new information in here. First, the grappling hook as a traversal tool is limited to specific grapple points in the level, sort of the way it works in Sekiro. However, you can arc your swing around  and are not stuck traveling exclusively in straight lines when you swing.

The hook can also pull weaker, smaller enemies toward you, and Wang still has some of the Chi powers first added in Shadow Warrior 2013 – the battles become a ballet that switches between spewing damage and positioning enemies, which can be done with a deft combination of grappling hook to draw them near and a ‘Force push’ style blast to push them away (or over the edge of a chasm).

Another key takeaway from the trailer is that Wang can pick up new weapons by slicing open certain enemies and ripping bits off them – there’s a weird accordion creature that contains a crank-operated fireworks gun, and a giant ape whose arm and fist can be used as a massive hammer with an area of effect attack.