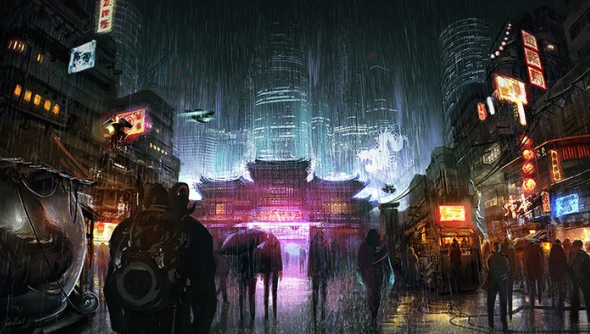 For anyone thinking the day of the big Kickstarter was behind us you need only look at Harebrained Schemes to have second thoughts. Over the past 30 days they’ve raised $1.2 million for Shadowrun: Hong Kong, hitting every single one of their stretch goals.

The team set out looking for $100,000 to make a standalone sequel to Shadowrun Returns, with the money they’ve raised they’re now able to hugely expand on the original design.

Harebrained Schemes originally asked for $100,000 to make a 12-hour campaign that moved the action to China. While it would have been a large campaign in its own right, with new artwork, character abilities, and characters in its own right. The extra $1.1m has allowed the studio to hugely expand on the original vision.

The first stretch goal was a more involved interface, giving players much greater control over their runners. Next came a set of cutscenes to introduce and close the game, as well as transition between each act of Shadowrun Hong Kong. Harebrained’s also working on adding a lot more audio, with particular attention being paid to combat music and ambient sounds.

At $200,000 the team added a new potential party member, Racter, to the game. A Russian rigger by trade, he fights battles with his custom military drone. He also has a string of new abilities that riggers in the previous game weren’t privy to.

Harebrained have also expanded the implant system so you can jam even more cybernetic gear into your party. They say “this system will further differentiate characters with ‘ware from their flesh and blood counterparts. We’ll also add cyberweapons that you can install into your characters’ arm slots, complete with new animations and visual effects.”

Shadowrun’s matrix is being revamped with new art and game mechanics. Harebrained “want the Matrix to feel more like you’re traveling in the digital world.” One way they’re doing this is by giving your deckers abilities so it “feels more like an illegal entry into someone’s system.”

The final goal, at $1 million was a whole new Shadows of Hong Kong mini campaign. This four hour campaign will take place after the main campaign has finished and will let you play it with your high level character.

I’ve played something of Shadowrun Returns and was entranced with its cyberpunk future. I can’t wait to see how their version of a futuristic Hong Kong looks.