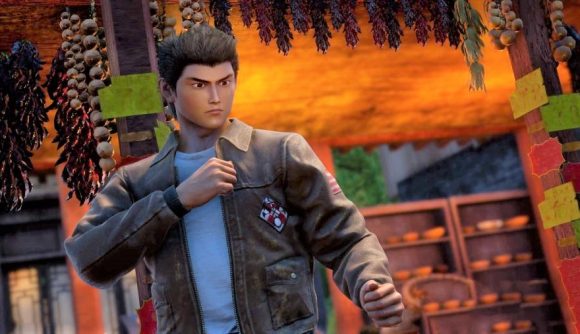 Fans who backed the Shenmue III Kickstarter have been, unsurprisingly, perturbed by the news that the game will be launching as a timed exclusive on the Epic Games Store, skipping Steam for some period of time. Now, developer Ys Net says it plans to “assess the situation” with the exclusivity deal once its team has returned to their offices after E3.

As PC Gamer reports, Ys Net, along with publisher Deep Silver and Epic, issued a joint statement Friday in the form of a Kickstarter update. The brief post reassures fans that the developers are aware of their objections to the announced deal, and asks them to wait – although it’s not clear for what it is they’re meant to be waiting.

“We want to make sure that the Backers are aware that we are listening to their concerns,” it reads. “We kindly ask all our fans to have some patience, we are currently at E3 demoing the game and need to get back to our respective offices to assess the situation and together find a way forward to justify the trust you placed in us.”

Shenmue III raised more than triple its initial Kickstarter goal of $2,000,000 USD, but its projected launch date has been repeatedly delayed since that time. While details of the deal have not been disclosed, it seems likely that Epic swooped in to help fund the project through to its completion, on the condition that the game would be an Epic Games Store exclusive on PC.

Fans cried foul, and the situation wasn’t helped when the developers informed fans on Reddit that no refunds would be issued to Shenmue III backers who had expected Steam keys of the game when it launched.

Now it seems the companies are ready to reevaluate their position on the issue. Of course, it’s not clear whether they’ll be able to renegotiate the deal with Epic, but there are some disappointed fans who sure hope they will.