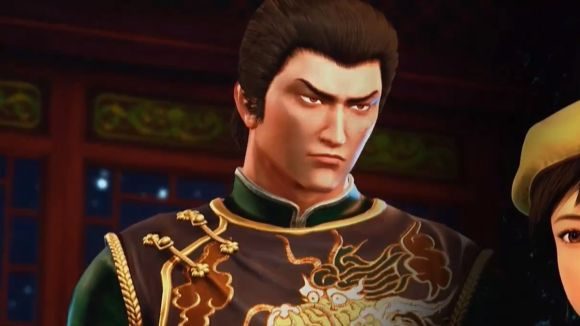 July 2. 2019 If you backed Shenmue 3 and don’t want the Epic store version, Epic will pay for your refund.

Earlier today, Ys Net and Deep Silver announced that Shenmue 3 backers unhappy with the game’s Epic store exclusivity will receive refunds, despite a previous statement that none would be available. Things became a bit more clear after a tweet from Epic CEO Tim Sweeney, who says that the company is footing the bill for refunds – and will do so for any other similar situations in the future.

“Epic is funding the cost of all Kickstarter refunds resulting from Shenmue III’s move to the Epic Games store, so that refunds won’t reduce Ys Net’s development funding,” Sweeney says on Twitter. “When future games go Epic-exclusive after offering crowdfunding rewards on other PC stores, we’ll either coordinate with colleagues at the other stores to ensure key availability in advance, or guarantee refunds at announcement time.”

This comes a few days after Sweeney laid the blame for a lack of Shenmue 3 Steam keys at Valve’s door, suggesting that Epic would be happy to let backers of crowdfunded games get keys on their platform of choice, if Steam restrictions weren’t getting in the way.

In their latest Kickstarter update, Ys Net detailed how refunds will be offered. PC players will be able to purchase a select a physical disk – which will contain nothing more than an Epic Games store launcher, but which comes with an Epic Games store key for the game. A purely digital version of the game will also be available.

The post goes on to say that “along with Deep Silver and Epic Games, we have agreed that should the above proposal not be acceptable to backers, refund requests will be honoured.” That’s in direct contradiction to a post last month, in which the developers said that while they were sorry “for the sudden change in platform […] refunds will not be granted for this change.” Following the inevitable backlash, the developers said they would be “assessing the situation” alongside Epic.

It’s not clear exactly how the refund system will work, especially since a new survey will likely need rolling out to ensure that players get the version of the game that they want. Ys Net also makes clear that if rewards specific to certain backer tiers have already been implemented “a full refund may not be possible.”

The post also announces that if players select a PC version of the game, “an option to also receive a Steam key one year later will be available.” That’s no great surprise, particularly given the precedent that’s been set by other titles, but while it’ll come as welcome news to die-hard Steam fans, it means that their wait for the game is likely to be even longer than it already has been.

If you’re looking for a refund, it could be quite a while before you end up getting your money back. If not, then you’ll finally get to play Shenmue 3 in November 2019 – or 2020 if you’re waiting for that Steam launch.