Shenmue 3 was shown in Monaco today at MAGIC, an event by production partner Shibuya Productions. Although the event wasn’t streamed, a bunch of gorgeous screens have been released and people have tweeted out a few cheeky off-screen snippets of the demos that were shown.

The Shenmue 3 screens released look gorgeous, as do the rest of the games in our list of the best looking games on PC.

Considering it’s almost two years away still, it is looking mighty impressive. The art style is already taking shape and it’s a clear step up from what we’ve been shown before. 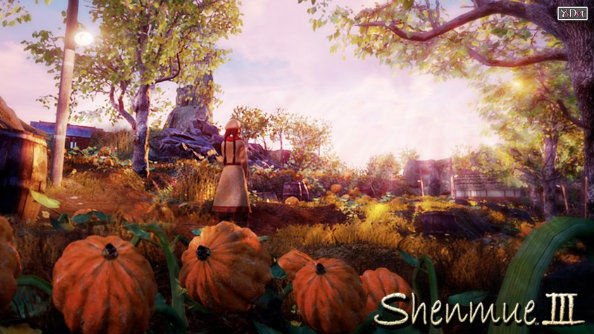 The world looks full of colour, dotted with pumpkin fields, flowes and other greenery, god rays illuminating the entire scene. 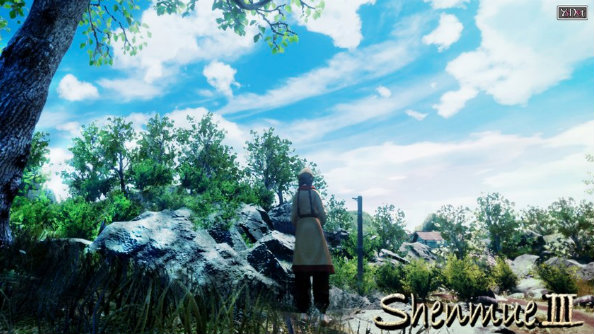 Even without those god rays the skyboxes look lovely and the blueness of the sky seems to almost add a tint to the landscape. 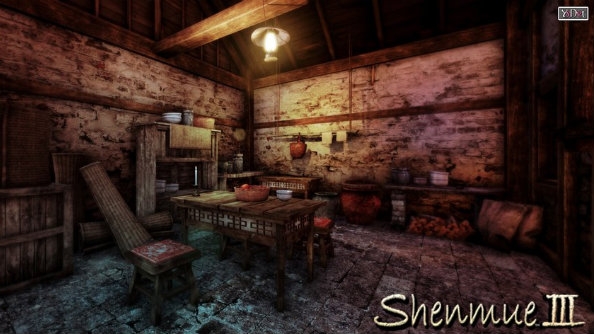 Despite the poor quality video above you can see how detailed this environment is. No doubt you’ll be able to catch some fish in that lake. It’s not like there are any vending machines around. Or maybe Lan Di has an underwater base.

The last off-screen video shows off how the lighting changes throughout the day. Obviously day/night cycles and impressive lighting effects are pretty much a given these days, but it’s still nice to see Shenmue 3 embracing modern tech advances. Maybe we’ll see more at E3 in June.