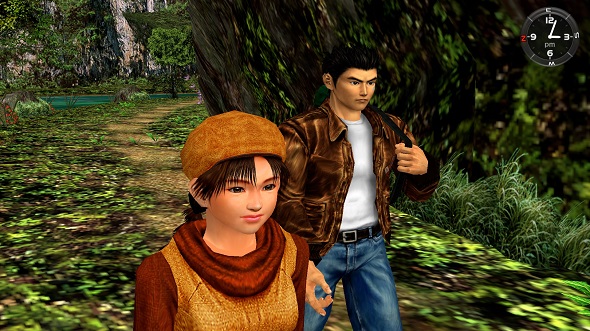 Modern rereleases of Shenmue I & II were announced last week, promising dual language support, more control options, and improved visuals when it releases on PC and consoles later this year. Now, thanks to YouTuber Adam Koralik, we also know the price.

Check out our list of the best sandbox games on PC.

Shenmue I & II will release for $29.99 USD, a price which gets you both titles in the collection. Specific prices in other currencies have yet to be confirmed, but they will hit similar points.

With Sega’s blessing, Koralik has also revealed that the games will support achievements across all platforms. Sadly, the first game won’t enjoy the time skip feature of Shenmue II, so be prepared for some extra rounds of Space Harrier while you await the next story event.

Original story, April 14:Sega officially announced the re-release of Shenmue I and II for modern platforms, including PC, later this year. Both games will be available as a single package and include some updated options for the classic adventures, which originally launched on Dreamcast in 2000 and 2001.

Set in Japan and Hong Kong, Shenmue follows Ryo Hazuyki in his quest to avenge the death of his father while learning about a strange artifact called the Dragon Mirror, and features a mix of gameplay that ranges from investigation to working a variety of jobs to jujitsu fighting. The games were truly innovative for their time, using open worlds with day-night cycles and a cast of NPCs that all follow their own routines. For better or for worse, Sega claims Shenmue coined the term “quick-time event.”

There’s no set date for the re-release, and Sega are stopping short of calling it a remaster. However, they say the games will have modern PC graphics options including scalable screen resolution, plus an updated user interface and the choice between classic or modern control schemes. Players will also be able to choose English or original Japanese voiceovers.

Sega haven’t announced a price for the package yet, but you can head to the Steam page if you’d like to add it to your wishlist right now.