Poor old Sherlock. Every time he kicks open the door to 221b he finds himself rebooted, such that he can’t even be sure of his own sirname – let alone the century of his birth or the gender of his sidekick.

Only in the hands of adventure game tailors Frogwares can he be sure of some stability, They’ve been making their Sherlock Holmes games for a decade and seemed finally to hit a reliably compelling groove with 2009’s The Testament Of.

This one couples the series’ well-tested scene investigation mechanics to some Dostoyevsky-inspired moral choice-making. Given the post-Telltale zeitgeist we find ourselves in, there’s absolutely no reason why the sociopathic detective can’t find in Crimes and Punishments his strongest footing in the medium yet.

And that’s even before we dissect the pretty screenshots we’ve just found on our mat. 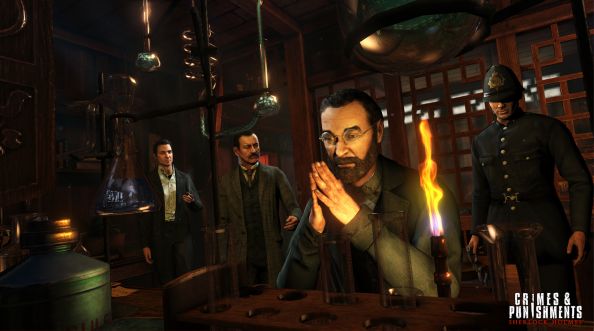 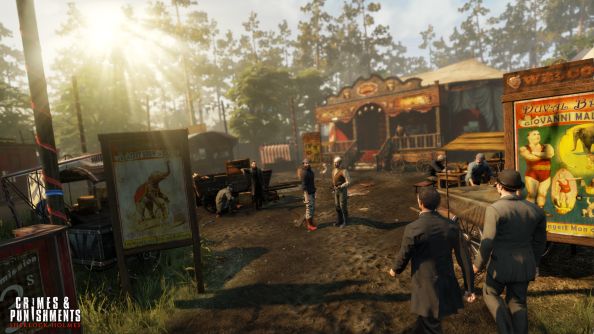 Frogwares have remained resolutely stuck in the 19th century and seem determined to make the best of it, filling their game with copper chemisty and the sort of travelling circus that definitely wouldn’t meet contemporary welfare standards.

Looks promising, yes? And Watson doesn’t look like the podgy ditherbot he turned into on the telly. Or, hopefully, do anything remotely as creepy as this:

Crimes and Punishments will come to the PC in early September.