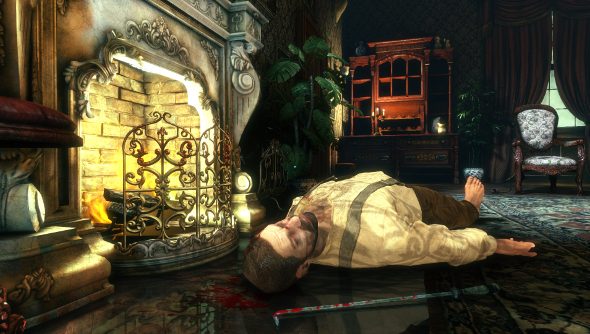 It’s almost time to dust off the deer stalker and long-suffering moustachioed companion, because Sherlock Holmes: Crimes & Punishments is nearly upon us. Originally slated for late September, developer Frogwares and publisher Focus Interactive have narrowed that down to a launch date: September 30th.

The announcement is accompanied by a release date trailer, giving the long-running adventure series a distinctly cinematic edge that it hasn’t had before.

I’ve always been fond of the series, but Crimes & Punishments is very much doing its own thing, throwing several cases and moral dilemmas at the consulting detective and Watson. His eye for tiny details and the way he extrapolates so much from so little has been pushed front and centre, making the clothing of other characters and their bearing part of the puzzles.

The game boasts several different conclusions for each case, and they can end with the wrong person getting locked away, or Holmes even letting the suspects escape on purpose. It’s an intriguingly different approach, giving weight to the crimes and making Holmes, possibly, a bit more human. Mistakes can be made, or he can choose mercy over justice.

Frogwares put together a 20 minute dev walkthrough, making sure to avoid spoilers, last week, and it’s looking rather good.