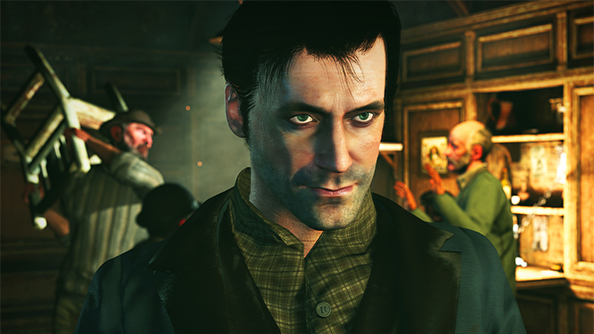 We know when it comes to any detective thriller, it’s really not good sport to root for the bad guy. Having cast our eyes over Sherlock Holmes’ daughter Katelyn in the latest trailer for The Devil’s Daughter, however, our patience on this score is being pushed to the max.

Like kicking your brain cells into action? Check out the best strategy games on PC here.

Katelyn Holmes is just one of the characters given a share of the spotlight in Frogwares’ latest The Devil’s Daughter trailer, with Sherlock and Dr. Watson also joined by the mysterious Alice De’Bouvier, a new face in the city who has moved into the apartment next door.

Details are sketchy, but it looks as if Katelyn ends up in the clutches of a murderer, all while Sherlock is investigating a series of seemingly unconnected crimes. What’s the betting they’re not unconnected at all, eh?

The release of the trailer comes almost a month after publisher Big Ben Interactive pushed out a 10 minute gameplay video, showcasing the conversational nature of much of the play. The latest video, however, is designed to put the focus back on the action, albeit in cut-scene form, with a sweeping move through the streets of Victorian London suggesting the game won’t skimp when it comes to visuals.

“In this new video the famous detective’s daily life is quickly shaken by events: wracked by doubt over her past, Sherlock’s young daughter seems to be growing more and more distant, while apparently unrelated investigations come one after the other,” details Big Ben in an understandably enthusiastic statement. “A vast plot would seem to be taking shape… Can one suspect not hide another, after all?”

Slightly worrying for us is what appears to be some rather hammy acting – especially on the part of the already-slightly-annoying-Katelyn – and a less than stellar script, though we won’t have long to find out whether such faults are illustrative of the final game or just the product of some duff editing on the part of the trailer guys.

Sherlock Holmes: The Devil’s Daughter is to to launch on June 10.