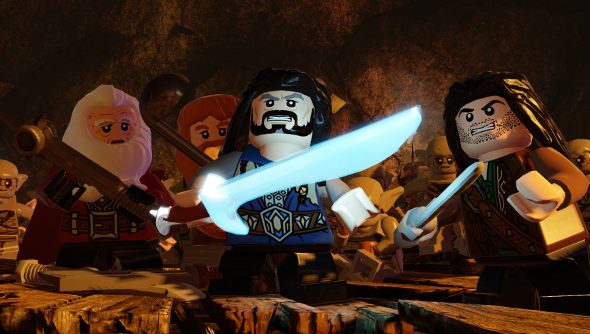 Traveller’s Tales has clearly made some sort of eldrich pact, because its LEGO games just keep on going from strength to strength. Since LEGO Batman 2: DC Super Heroes, they’ve also become considerably more hilarious – in great part thanks to the addition of excellent voice acting with spot-on comedic timing.

After nailing Lord of the Rings, the studio’s been working on LEGO The Hobbit, based on the films. The brand-spanking new trailer doesn’t show off any gameplay, lamentably, but it does seem to have matched the first movie’s light hearted moments and more epic clashes.

All the footage seems to be from the first film, though, with nothing from The Desolation of Smaug. Should we be expecting a trilogy? Pleasure your eyes below.