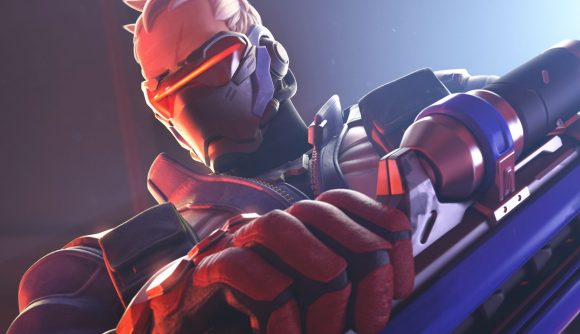 Shroud might be one of the world’s biggest streamers, but the Twitch star first made his name as a professional Counter-Strike: Global Offensive player. But while the streamer found some success during his time with esports org Cloud9, he says he has no plans to return to the pro scene. Ever.

Since retiring from professional Counter-Strike, Shroud has shown off his skill at a number of FPS titles, from PUBG to Battalion 1944 and even an unfortunate return to CS:GO. Most recently, he’s tried his hand at Overwatch, impressing his fans so much during a recent broadcast that one of them asked if the streamer could “see himself going pro.”

In response, Shroud asked “why is that always the question?” He went on to say that “whenever I play a new game, they’re like ‘Hey, could you see yourself going pro?’” Shroud’s response was pretty blunt: “No. Absolutely not. I could never see myself going pro again, in anything.”

The streamer didn’t go any further into his desire to stay away from the pro scene, but there are plenty of potential explanations for his decision. For one thing, even for someone as successful as Shroud, it’s much easier to make money as a major player on Twitch than a professional esports player.

It’s also much less stressful. During a competitive CS:GO tournament, there could be tens of thousands of dollars on the line for both you and your teammates, but Shroud’s previously said that nothing he does while streaming is as intense as being up on stage in a major competition. We’re unlikely to see a Shroud Cloud9 comeback, then.

For now, it seems that Shroud is content to use his FPS skills to show up his opposition. And to be honest, I’m not sure I blame him.