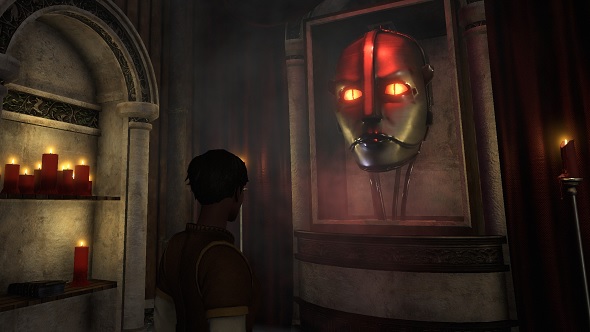 “Don’t say tush,” Edmund Blackadder once chastised Lord Percy in the eponymous BBC sitcom’s Tudor outing. “It’s only a short step from ‘tush’ to ‘hey nonny nonny,’ and then, I’m afraid, I shall have to call the police.”

If that law still stands, Richard Garriott and his team will be facing serious time for their work on Shroud of the Avatar. The crowdfunded RPG’s dialogue is littered with thous and hithers. Verily, it is doing mine head in.

Shroud of the Avatar launches with a big bang – and a new dungeon.

Garriott’s long, long-awaited return to the RPG genre he helped shape is one that straddles the ‘90s and the contemporary. Shroud of the Avatar is an Ultima game in everything but licence: the ‘Avatar’ in the game’s title is your protagonist, just as it was back then; moral concepts like truth and courage are a matter of frequent, explicit reference; and yes, the writing has a tendency to creep into Fakespeare. 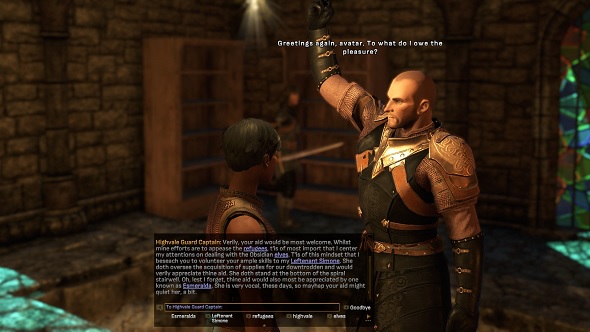 This approach is not without its charms. There is a lovely Narnian quality to the intro, which has you literally fall down a wiki-hole of otherworldly runes, emerging in another world where elves stalk the land and stars shoot constantly across the sky. The fact that developers Portalarium do not see any issue with canonising the player at the keyboard as a bespectacled man, however, suggests they might have fallen behind the curve of progress somewhat.

As do some of their design decisions. A jump key that triggers not when you press it, but when you let go. Combat so hands-off it can comfortably be conducted with a single hand. A conversation system that grants the option of typing in keywords. It all leads to predictably hit-and-miss results.

“I cannot comment on this,” a dying knight tells me as I attempt to agree to his last wish. 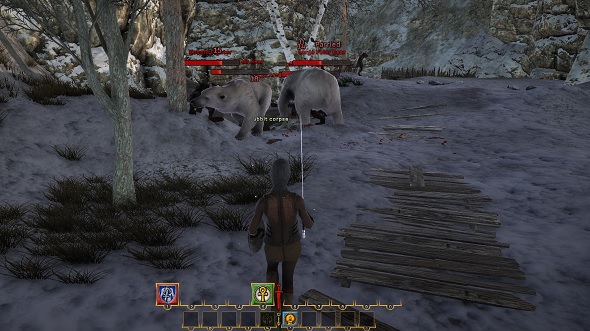 Shortly afterwards, I watch the demise of a fearsome Obsidian Elf standing a little too close to a burning cart. He fails to react when he catches on fire, reminding me of the eerily still protesters who have committed to the horror of self-immolation.

“The rest of our people will know what happened here,” he hisses as he succumbs to the flames. Honestly, it might be less embarrassing if we keep this one to ourselves.

Garriott seems undecided about which legacy he is following up – the simulation and single-player storytelling of Ultima VII, or the persistent online world of Ultima Online. The influence of the latter provides one of Shroud of the Avatar’s few genuine highlights, however – the player-run hamlets scattered across its overworld.

This is where the game drops any pretence of gravity and becomes its colourful best. In the town of Soryn Fields, a hot air balloon is anchored next to a 60-foot statue, while snowmen decorate the sunlit high street. The outlandish architecture resembles something Garriott himself might have built at the height of his fortune. Prefab player abodes, meanwhile, are particularly lovely – housing sword collections, steampunk safes, and sedentary guard dogs. 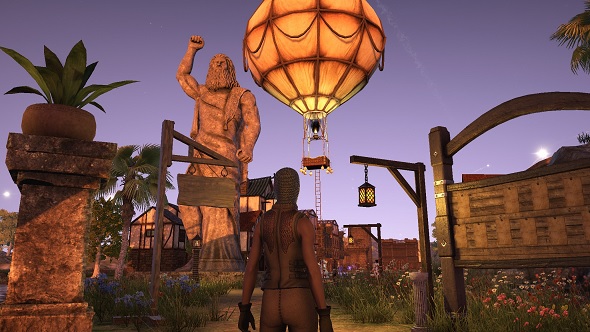 Outside in the world, by contrast, my most active involvement with another human being so far has been waiting for them to get out of a lift so I can reach my floor. That, at least, feels like true simulation.

Shroud of the Avatar’s MMO trappings often seem to conflict with its grand storytelling ambitions, in a compromise games like Star Wars: The Old Republic have handled far better. The minimal voice acting, for instance, might be understandable in a non triple-A game of this scale. But contemporary standards for 3D RPGs make its absence jarring.

There is no reason why a Garriott game should feel this outdated. The RPG genre’s current darling, the chart-topping Divinity: Original Sin II, is heavily influenced by the deep interactivity of Ultima VII. But Shroud of the Avatar seems more prepossessed with poking at fond memories of Ultima than updating its triumphs for 2018. Hey nonny no.