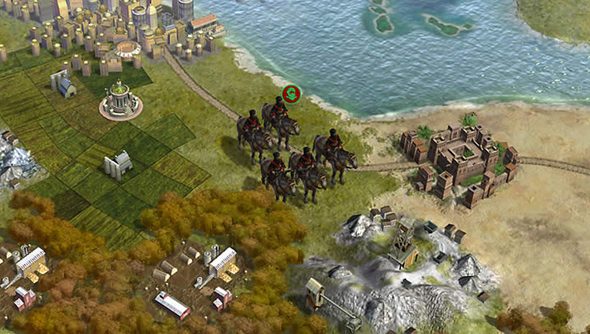 If Alienware’s Windows-based living room PC looked like a setback for Valve’s Steam Machine dream, then this news resembles the opposite.

Stalwart Mac publishers Aspyr have branched out to Linux and SteamOS for the first time to release Civ V, alongside all its DLC and two meaty expansions.

The release is aimed at SteamOS PCs running “current gen hardware” – so, something you can play now rather than wait for the certified Steam Machines delayed til 2015 to show up.

Future updates will focus on support for Ubuntu 14.04 and a wider range of GPUs. Aspyr have taken to the Steam forums to ask for feedback on “what’s working great or what’s not working” – and if you have any major issues, you can get hold of them directly by leaving a support ticket.

Aspyr’s backing could mean big things for future SteamOS support: the publishers have in the past been responsible for porting Borderlands 2, BioShock Infinite and a number of Call of Dutys to Mac, and the thought that they might do the same for any living room PCs we might buy is encouraging.

Do you still have your heart set on a particularly funny-shaped Steam Machine from CES 2014?