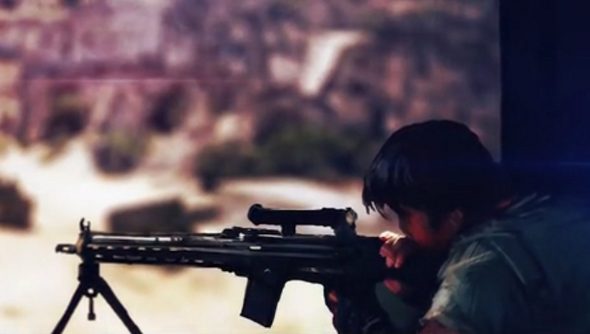 Kickstarter pitches are often a bit like CVs, but I suppose when the lead writer for Deus Ex and Invisible War, senior designer for Knight of the Old Republic 2 and Neverwinter Nights 2: Mask of the Betrayer and the designer of Magic the Gathering: Tactics and Star Wars Galaxies: TCG join forces, it would be silly not to their pasts.

Sienna Storm is what they are creating, a spy thriller and digital card game. Interest piqued?

Here’s what Digital Knights are promising:

It’s an interactive, animated comic, where the non-linear, consequence-heavy dialogue and narrative is punctuated with hacking, combat and sneaky spy stuff. That all plays out in a digital card game, where gear, intel and skills are transformed into playable cards.

Each match lets players set up a deck, which can be constructed around different strategies like stealth or violence. The matches will tie into the story, too. “[Y]ou never know what new enemies, old allies, or dramatic plot twists are in the cards to keep you on your toes,” say Digital Knights.

If pledges reach $370,000, Avellone will join the team as a creative consultant, much like his Kickstarted involvement with Torment: Tides of Numenera. He’s not alone, either. At $260,00, Alex Brandon, Deus Ex and Unreal composer, will be “unlocked”.

It’s quite the meat market.

Seems rather pricey for a Kickstarter, but the game does sound fascinating. And while the bare bones of the premise – that an ex black-ops chap gets framed for terrorism and goes on the run – doesn’t sound immediately gripping, Sheldon Pacotti is no stranger to writing cracking espionage and conspiracy yarns.