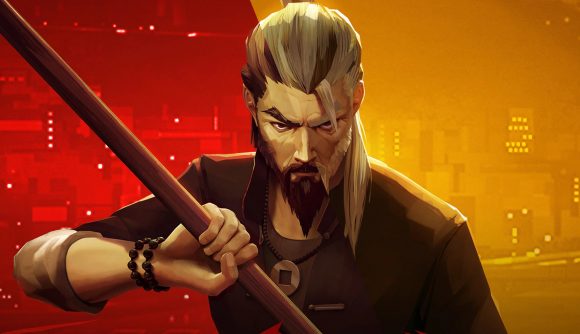 Intriguing new martial arts action-adventure Sifu is out this week on Tuesday, February 8, and while on console it’s a PS5 exclusive it’ll also be available on PC at the same time via the Epic Games Store. The critics’ reviews are out now, so is the Sifu PC version a well-optimized delight or a Final Fantasy VII Remake Intergrade?

Sifu certainly seems to be a divisive game, at the very least. Review scores range from 90/100 all the way down to 40/100 – and both of those scores are attributable to more than one publication. The OpenCritic score – that incorporates both PS5 and PC versions – sits right in the middle at a still-respectable 79, and the Metacritic score for the PC version specifically is a slightly lower 76.

Rock Paper Shotgun’s unscored review describes Sifu as “the ultimate, get annoyed, put the game down, come back later and make tons of progress, type of game” and its reviewer gave the game one of its “bestest bests” awards. Destructoid was similarly praise-worthy, noting that it’s a very difficult game but is “a challenge worth taking on and overcoming”.

On the profoundly negative side, TheSixthAxis says that Sifu is “a game that had exceptional potential, but squandered it on the wrong lessons”. ShackNews was similarly un-complimentary, saying that “there are so many games out there that do what Sifu does only better” – while also pointing out the “all-white European development team” and how some areas “come off as culturally tone-deaf”.

Without further ado, here are the scores:

On the bright side, the PC version sounds well-optimised at least. PC Invasion’s reviewer notes that “I was rocking over 300 frames on Ultra quality with my 2080 Super and Ryzen 9 5900X. The game recommends a GTX 970 and i7-6700K”. PCMag concurs, pointing out the occasional “slight stutter” as the only noticed issue, with performance being “a relatively smooth 60 frames per second during combat”.

Could Sifu join our list of the best fighting games on PC, despite some issues? It’s certainly possible, but it sounds like players might have to be prepared for a challenging experience.