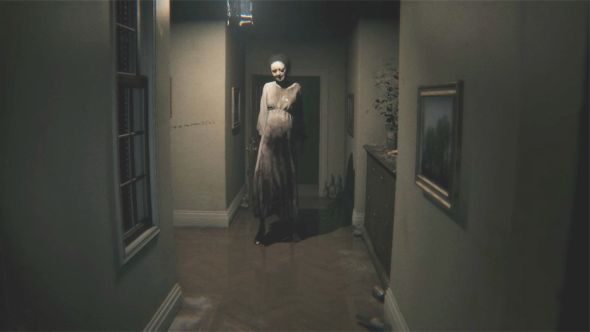 Konami has issued a takedown notice for a fan-made PC remake of Silent Hills P.T. According to the developer of the remake, who goes by the name Qimsar, Konami said that he would have to take down the project, which was being produced in Unreal Engine 4, due to “legal issues.”

Qimsar was nearing completion of the remake when Konami contacted him. In a lengthy statement, he says that he had recently finished all of the game’s animations, which “were essentially the ‘final piece’ to making the game not just 100% playable but also 100% gameplay accurate.”

Are you a fan of the classics? Check out our list of the best old games on PC.

In the statement, Qimsar says that version 0.9.5 was due to come out a couple of weeks ago, which would have meant that “all I would have needed to make adjustments to from that point would have been some minor lighting tweaks, the rain, the cockroaches, a few missing textures etc.” However, he says that he received an early morning phone call form Konami, stating that he would “have to take down [his] remake.”

The Konami rep Qimsar spoke to said that “due to legal issues that were out of his control,” the remake would have to be taken down, despite its popularity with both fans and Konami employees.

The upshot of that popularity – for Qimsar at least – is that he claims that Konami have offered him an internship “in which I would do stuff with Konami US, EU, and Japan.” For fans of the project, however, there’s no such good news – it’s been effectively axed, so don’t expect to see it in its completed form.

We’ve reached out to Konami for clarification around this story, and will update if we hear back.

{"schema":{"page":{"content":{"headline":"The Silent Hills PT remake has been taken down, but won its creator an internship","type":"news","category":"silent-hill-homecoming"},"user":{"loginstatus":false},"game":{"publisher":"Konami Digital Entertainment, Inc.","genre":"","title":"Silent Hill Homecoming","genres":[]}}}}