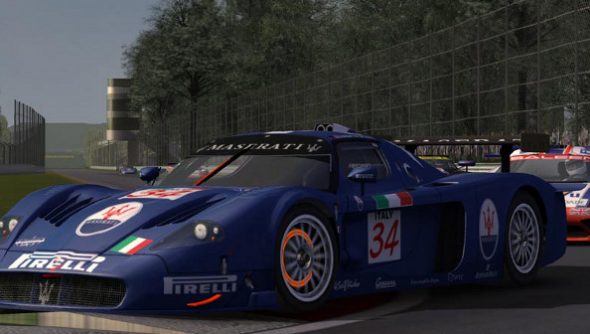 But now they’ve finally revealed their next major project: GTR3, a new entry in what is probably their strongest series. There’s not much to see yet: a teaser site features an interactive engine-start procedure that is, predictably, way more elaborate than turning a key or just pushing a single button. This is sim racing, people, raise your game. Then we listen to engine and racing sounds while a series of still, fragmentary black and white images flash across the screen.

Still, for those of us who have bought just about everything SimBin has ever released, GTR3 is big news. This is a developer with an essentially faultless track record.. While none of their games have featured cutting-edge graphics on par with a new Need for Speed or Codemasters game, their driving models tend to be impeccable, balancing squirrely sport-handling with enough feedback to be manageable.

GTR2 was the game that brought me back to sim racing after a long hiatus, and I eventually fell in love with RACE 07 and all its expansion options. That SimBin are finally going back to the drawing board and refreshing their signature series is great news for racing fans. No release date has been announced, but we’ve reached out to find out more.