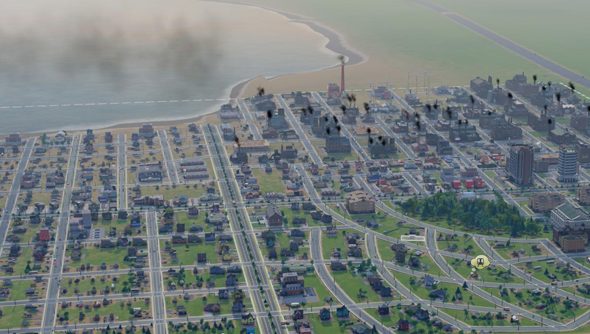 Is SimCity finally fixed? The server fires that hobbled Maxis’ game at launch were put out and, many months later, we got our much-coveted SimCity offline mode. Now we might even see an end to that third great quibble with the rebooted city builder: its claustrophobic city limits.

Project Orion is a mod already published in beta which pushes back those boundaries – with a few, heavy compromises.

As Maxis have pointed out on more than one occasion, SimCity wasn’t built for large cities. That leads to some interesting problems once you start building them anyway.

Construction outside the boundaries can be tricky: road-laying, building placement and zoning are all impossible without also downloading a second mod that allows players to edit and lay regional road types. Even then, roads cannot be elevated.

What’s more, the mod throws the overlays for land value, pollution, water and the like slightly out of whack. The effects of that are wide-ranging: industrial pollution can appear adjacent to its source, for instance, and tree-planting has become a bit of a wonky process.

And it transpires Maxis had legitimate worries about the limits of SimCity’s engine: a full-grown city pushed beyond its boundaries is subject to a certain amount of lag.

After “months of testing”, Maxis Emeryville’s Patrick Buechner confirmed in October that cities would never be officially enlarged.

“The system performance challenges we encountered would mean that the vast majority of our players wouldn’t be able to load, much less play with bigger cities,” he wrote.

“We’ve tried a number of different approaches to bring performance into an acceptable range, but we just couldn’t achieve it within the confines of the engine.”

Do you think you’ll trade performance for this expanded, semi-functioning SimCity?