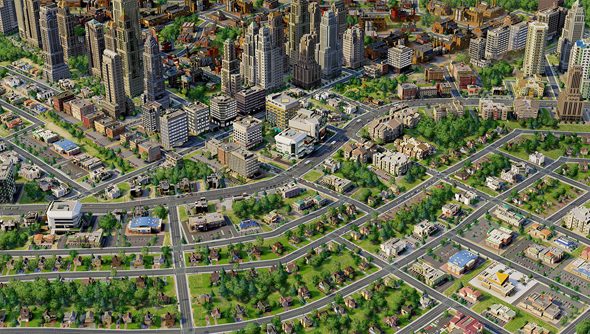 It’s easy to push boundaries in a sandpit, and EA are already thinking about expanding SimCity’s cramped horizons. If a recent survey emailed to players is any indication, they’re thinking of enabling players to build not just small towns but, y’know, actual cities.

The increased city size is listed as a “potential feature change” for the game, alongside subways, a rebuild tool, and online guilds, as well as named buildings, streets and sims.

“We would like to know which features make you interested in playing SimCity again,” say the publisher. “Imagine cities spaces that are 2x the current city size.”

The survey also asks participants to rate their interest in a co-operative mode that would see you “build cities together with friends at the same time”, plus – gasp – terraforming in line with that of SimCity 4.

“True God Mode powers [would] give you the ability to raise/lower terrain and create your own city and regional maps,” reads the description. “Carve out lakes, rivers and oceans.”

These questions are all, of course, designed to gauge interest in features that likely haven’t left the prototyping stage, or even the brain stems of the developers who conceived them. But the survey also mentions an expansion pack, with suggested components including denser, skyscraper-enabled cities, “future technologies”, and a choice between megacorporation support and green living.

Which of the suggested improvements would you like to see given highest priority by Maxis?