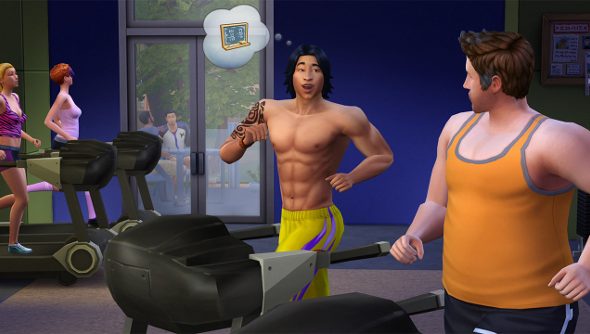 Maxis’ massive dollhouse, The Sims, might sugar coat life, but it still tries to present it in an inclusive way. The inmates sims can embark on same sex relationships, building a family is more representative of reality than the idealised nuclear family, and they can be victims of their emotions, wallowing in depression or having their day spoiled by stress.

But, speaking with Polygon, associate producer Graham Nardone said that the studio tries to strike a balance between being fun and respectful. They’re still trying to perfect that balance, which is why, so far, The Sims – including the upcoming The Sims 4 – has not allowed players to create characters who aren’t either male or female. And it’s also why grim subjects like death through depression have not been broached.

“You don’t want to trivialize somebody’s life by making it a gameplay feature,” said Nardone. “You have to have the right respect for people and who they are, and I think that’s one of the most core things that’s important about The Sims – being respectful about people’s lives.”

But the stories people create around their sims are there own: there’s nothing stopping a player from imagining a character who is defined as a male as a trans person. Sex is dealt with comically, and knocking boots in The Sims is done under the covers, so gender identity really is down to the player.

Maxis is aware that people bring their own experiences into The Sims, and that might include their identity. How to include such characters is something the studio is discussion internally and with the community. While that is a matter of finding a respectful way to present these characters, there are some things that simply aren’t appropriate in the world of The Sims. And one of them is death by depression.

“That’s not an area that we’re interested in taking the game,” explained Nardone. “As much as it’s a life simulation, it’s a light-hearted, fun take on life. We try to keep that in mind when we’re deciding what features go into the game.”

The Sims doesn’t really do tragedy. Death is a joke, with people pleading with the Grim Reaper and, in previous installments, sims even coming back as smelly zombies. Suicide and other tragic events like natural disasters aren’t funny (though the latter can be found in SimCity), so Maxis won’t be putting them in.