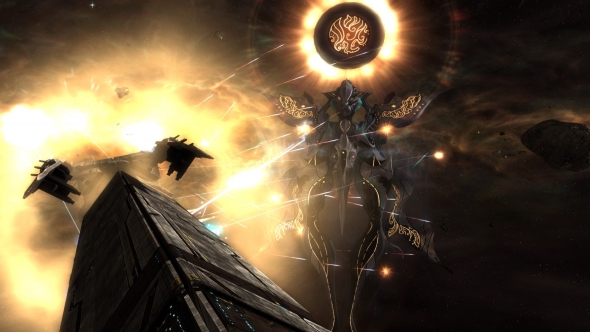 Christmas can be pretty hard on your wallet. Between buying presents for your loved ones and buying presents for yourself in various winter sales, it doesn’t take long before you start running down your paycheck at a pretty alarming rate. But if you’re approaching the Christmas break and want a meaty strategy game to get stuck into – without having too much of an impact on your finances – Ironclad Entertainment has you covered.

Their 2012 hit Sins of a Solar Empire: Rebellion is currently free to download and keep. If you head over to the game’s Steam page between now and 10:00 PST (13:00 ET, 18:00 GMT) tomorrow, December 19, you’ll be able to access the space-faring real-time strategy title for free.

Rebellion offers something of a twist on the rest of the Sins of a Solar Empire series, however, by combining the RTS gameplay that the series is known for with the genre’s cousin, the 4X strategy game, bringing a dash of Civilization to the far reaches of space.

Rebellion was first released six years ago, but it would seem it’s not showing its age too badly. Both its recent and all-time review scores on Steam are at the top end of the ‘Very Positive’ bracket, with a 92% approval rate.

You can find out more about the game via its Steam page, or check out a trailer in the video above. But given that it’s both free and critically-acclaimed (it happens to make its way onto our list of the best space games), what do you have to lose? Just make sure you get your hands on it while it’s still available at this hefty discount.