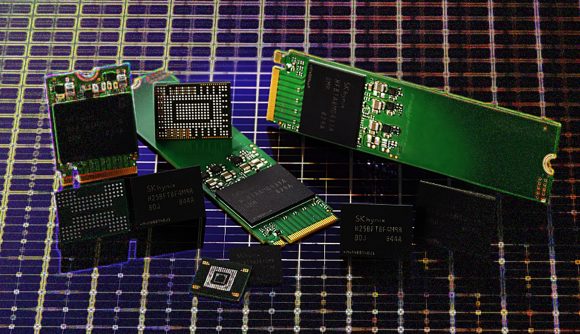 SK Hynix have supposedly harnessed time itself within its latest SSD memory technology: 4D NAND. After solving the mysteries of spacetime, the tech giant has appropriated its newfound ability to manipulate the very fabric of existence in the only way it knew how: making smaller memory chips for solid state drives.

Either that or it’s another gross overstep in naming convention. A marketing ruse intended to sell a change in NAND design with little to do with the combination of Euclidean space and time coming together inside a four-dimensional manifold, which Earth’s best mathematicians and physicists occasionally refer to as the spacetime continuum.

SK Hynix has begun production of 4D NAND; an approach that allows the memory giant to reduce chip area by 30% though seemingly has nothing to do with wrestling Father Time into a semiconductor. No, it’s thanks to pushing peripheral circuitry underneath a CTF (charge trap flash) NAND array, thus saving quite a bit of space on the chip and reducing production costs. SK Hynix report a 49% increase in bit productivity per wafer compared to 72-layer 3D NAND thanks to the design change.

The first NAND out the door will be a 512Gb, 96-layer chip based on the company’s TLC (triple-level cell) tech. The drive will offer 30% faster write and 25% faster read performance than SK’s 72-layer 512Gb chip – helped along by double the data bandwidth. 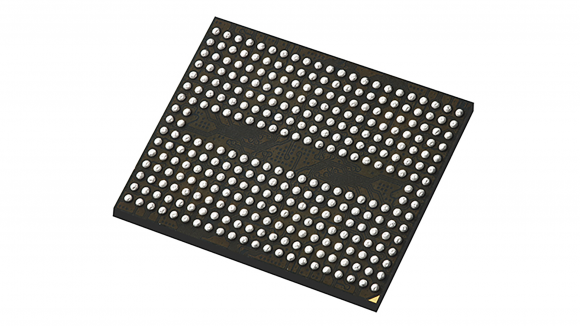 3D NAND is adroitly named after the fact it is made up of many layers of NAND cells. Before 3D NAND, chip capacity was increased through packing greater numbers of cells onto a flat, 2D die. This eventually got a little troublesome, causing just as many problems as it circumvented, and so 3D NAND was eventually born out of these limitations. If you can’t build out, build up.

Next year is expected to be a big year for the global NAND market. There have been multiple reports this year that expect the global NAND chip oversupply to cause a huge price re-balancing next year. On a similarly positive note, DRAM prices have dropped 10% last month.

QLC production is also expected to hit full swing next year. This memory tech will increase drive capacity at the expense of a modicum of reliability and performance, blending the best bits from both HDDs and SSDs into one high-capacity package. QLC is available today within a few drives. Next year is when the memory technology is expected to make a big splash in the consumer market.

Mass production of 4D NAND chips will ramp up towards the end of the year, with an eye to double capacity with 1Tb high-capacity chips at some point. For us gamers, however, it’s the combination of QLC and 4D NAND that will be one to look out for.