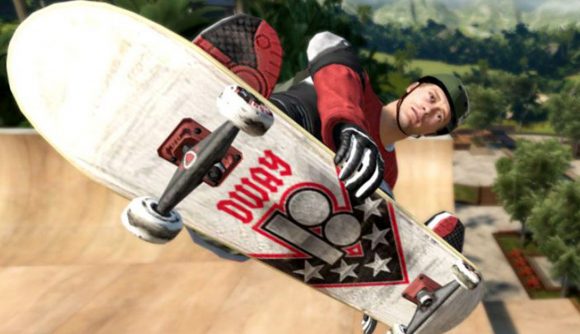 It’s been a couple of years since the announcement of Skate 4 – or whatever the latest game in EA’s skateboarding franchise will be called – and now the publisher has stated that user-made content will be “at the very centre” of the new Skate’s design, along with confirmation that it will be “launching soon”.

Other than confirmation that Skate 2022 – which is just currently called “Skate” – is in development, the last news about the reboot came in August 2021. The game was confirmed for a PC release, which was good, but was still apparently “in the early stages of development” – suggesting it was a long way off.

Well, it may not be as long a ways off as we expected, as in EA’s recent earnings call (thanks, TweakTown) CEO Andrew Wilson suggested that Skate 4 would be out “soon” – so it should release sometime this year. Wilson also states that user-made content will be the “centre” of the Skate reboot’s design.

EA’s CEO describes user-generated content as “a really valuable part of what our industry offers to our players and our fans that traditional media doesn’t offer,” and acknowledges that it’s “been at the very center of the Sims for a long time”, and other EA games like Madden and FIFA too. Andrew Wilson then goes on to confirm that user content will be “at the very center at the design of Skate, which will be launching soon”.

As for when exactly that will be, Wilson doesn’t elaborate – but presumably it will be sometime in 2022, perhaps with a proper release date reveal either in the next few months or at EA Play around June. For now, we’ll still just have to wait and see, once again.