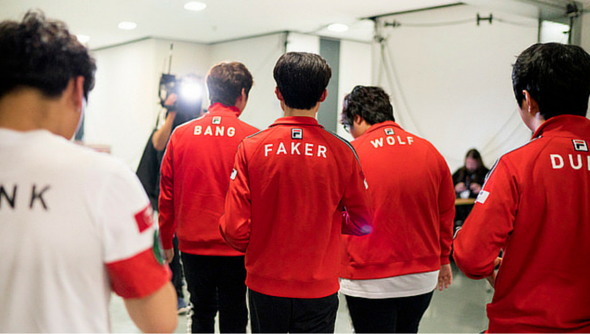 South Korean team SKT T1 are the first team to ever hold all of League of Legends’ major titles at once after defeating CLG 3-0 in today’s Mid Season Invitational final.

If you’re looking to take on SKT you’ll want to know the best League of Legends champions to start out with.

The American Counter Logic Gaming team could do nothing to prevent SKT from claiming the MSI trophy as they lost in straight sets in Shanghai.

The first two games in the best-of-five set were carbon copies as the same picks and bans resulted in a defeat for the Americans both times.

CLG ran the third game longer but were fighting from behind the entire time, with a 15k gold deficit by the eventual close, and on the receiving end of a Baron and Aspect of the Dragon buff.

Despite SKT members Faker and Bang having won two Worlds titles with the team, this is the first time they have picked up the MSI win after a narrow defeat by Edward Gaming last year.

Alongside the LCK 2015 Summer championship and 2016 Spring championship that got them to MSI, SKT also took the Intel Extreme Masters championship giving them every title it is possible for a team to hold at one time.

When asked what was next after reaching the top of every competition his team had entered, Faker replied: “What’s past is past, but there are going to be more tournaments and I want to take them all.”

I, for one, welcome the continued dominance of our South Korean overlords.