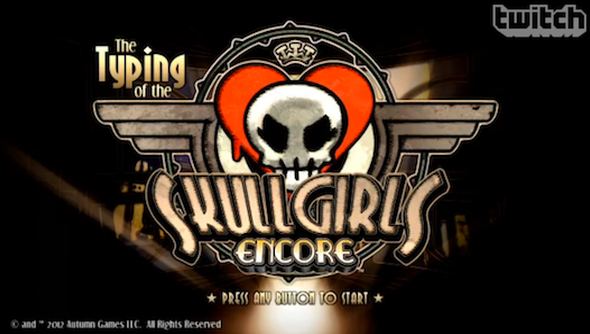 Earlier this year we had Typing of the Dead: Overkill and now we learn that fighting game Skullgirls will have a typing mode added.

‘The Typing of the Skullgirls Encore’ mode will be added in a future update and asks you to type out strings of words whenever you attempt a super move. Nail the word and the already powerful move will do 150% damage. if a couple of errors slip in you’ll find it does just 100% damage. Mess up entirely and it will do a piddling 10%,

Because most players will be playing with a gamepad, this new mode will require some pretty fast switching on players’ part; making an already difficult game much harder.

While the mode is already working – the developers showed it off in a recent Twitch stream – it will be released with the console relaunch next year.