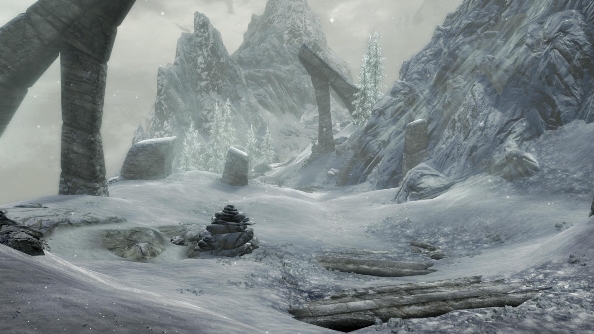 You reacted in one of two ways when they announced Skyrim: Special Edition at the Bethesda E3 2016 conference. One: you saw the screenshots and thought it looked like a good excuse to get back into your old obsession. Two: you instantly called to mind the raft of excellent user-created graphics mods already out there and discounted it.

But there’s a third way to look at it: what can Skyrim: Special Edition do to grand projects like Skywind, or to smaller mods that have been adding to the game in new and unusual ways since release? According to Bethesda VP of PR & marketing Pete Hines, the two can work together in harmony. Basically.

If you’re not sure what we’re talking about, peruse our 100 greatest Skyrim mods and feel enlightened.

Here’s the tweet from Pete that confirms at least some level of mod compatibility with Skyrim: Special Ediion:

The level of detail and effects evident in Bethesda’s trailer below leads many to the conclusion that the engine’s now 64-bit, like Fallout 4’s. That’s also good news for modders, but it does chime with Hine’s “basically.” Many Skyrim mods currently rely on the Skyrim Script Extender (SKSE). and that’d need to be re-coded as a 64-bit version to bring all its dependent mods with it to Special Edition. Assuming that happens though, the game can offer the lease of life everyone’s hoping for.

Over at the Skywind project(a mod that aims to port the content and world of Morrowind into Skyrim), they’re treating it as good news. “A 64 bit engine is great new for us,” writes developer Micah on the game’s subreddit. “It gives up more power and better stability to make Skywind even better.”

If I were on the modding team though, I’d be pissed. Think of all the extra work it’d create! That’s why I’m not a game developer, I guess.