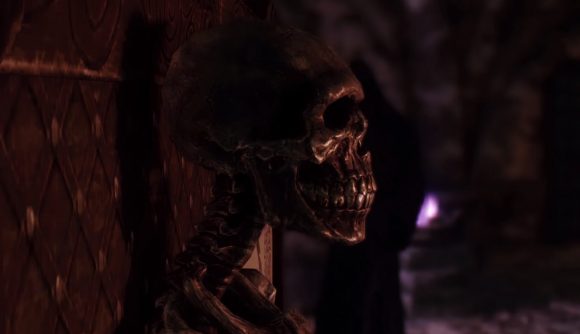 Years after the original release, the beloved Skyrim mod Enderal is coming to Steam as a mostly stand-alone package. You’ll still need to own Skyrim or the Legendary Edition to play it, but you can install and launch Enderal totally separately for a much easier time. The Steam release is now set for February 14, and it comes with a new expansion.

Enderal: Forgotten Stories features the base mod as well as new features cut from the original release. That includes a reworked crafting system and two new crafting classes – one that lets you use potions to turn into a werewolf, and another where you can build spirit companions. Additionally, you’ll find a host of new side-quests and a pair of branching guild quest lines.

Enderal boasts a campaign that SureAI estimate will run for between 30-100 hours, following mankind’s attempt to overcome “The Cleansing,” an apocalyptic event passed down from the “High Ones,” which entirely wiped out the ancient civilisation that came before. As well as an open world to rival anything Bethesda has done, Enderal boasts overhauled skill systems, as well as features such as perks for wearing full armour sets.

Now that Enderal is both a total conversion mod and a standalone game, it no longer interferes with your Skyrim directory. You will be able to have distinct save games, allowing you to have both games on your hard drive (in a playable state) at the same time.

The trailer above details some of what to expect from the new release.

Read more: Stay current on all the best Skyrim mods

Both Enderal and its DLC, Forgotten Stories, will continue to be completely free once they arrive on Steam.