Smite’s unique selling point is its very literal divine inspiration. Plenty of MOBAs have drawn on mythological figures over the years but Hi-Rez took it a step further with its take on the genre. At launch, the game featured 17 playable gods from across six pantheons.

That number has grown significantly over the past six years. Smite currently features a roster of 98 characters from 12 religions, with Greco-Roman staples fighting alongside Celtic and Japanese deities. Some of those characters are more traditionally divine than others – Zeus, Odin, and Ganesha, for example, are religious figures, while Achilles and Cu Chulainn are mythological heroes with one foot in mortality .

Nevertheless, Smite characters have always been tied directly to a specific religion. Now however, Hi-Rez is moving away from its tried and tested formula, as Smite’s 99th and 100th playable characters will be King Arthur and Merlin. More figures of legend than actual gods, and most definitely not a part of any of the game’s existing pantheons, Arthur and Merlin have the potential to shake up the battleground both on and off the screen.

In an interview at Hi-Rez Expo, Smite brand director AJ Walker tells me the new gods are an attempt “to do something a little different.” He says the departure from the more divine characters is part of the duo’s allure, and while “they’re a little controversial,” their introduction isn’t that much of a deviation from the norm. 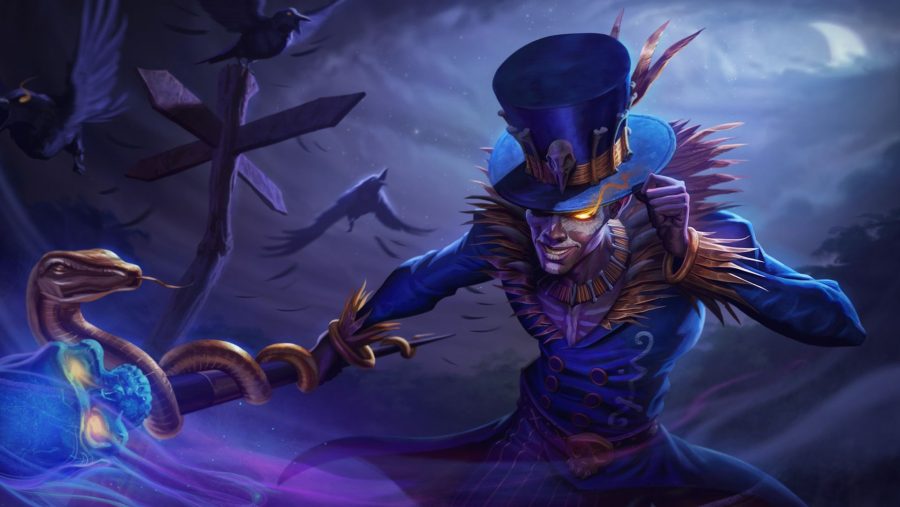 In January, Hi-Rez announced three brand new pantheons: Voodoo, Polynesian, and Slavic. And so Baron Samedi, Pele, and Chernobog made their way into the game over the past ten months. It was during the development of these characters that the idea of adding Arthur and Merlin was first floated. “We were coming up with ideas, coming up with gods from new pantheons, broadening our scope,” Walker says. “Asking, ‘What are the most recognisable, well-known characters that we could make?’.” That question lead to the announcement of the two new ‘gods’.

For Walker, the pair are a perfectly acceptable deviation from what Smite players have come to expect, and he referenced Achilles and Cerberus as popular characters that are, at best, demigods rather than official deities. Drawing from myth actually brings you closer to Avalon than you might expect. Merlin’s origins stem from a figure in Celtic mythology, a bard named Myrddin Wyltt, who was later repurposed into Arthurian myth by 12th century cleric Geoffrey of Monmouth in History of the Kings of Britain.

We were asking ‘What are the most recognisable, well-known characters that we could make?

Despite their link to Celtic mythology, however, Arthur and Merlin will not be joining the pre-existing Smite pantheon. Four Celtic gods were added to the game in 2017, but Walker says that although Arthur and Merlin have roots in that lore, the team has opted for more British interpretations, those in which the figures are presented as historical rather than divine. As a result, they’ll form their own group of gods. Exactly what the title of that group will be isn’t clear yet, but Walker suggests the Arthurian pantheon is the most likely.

A new pantheon makes room for a selection of new gods – or whatever you may call them – and there are plenty of figures fit for the purpose across Arthurian myth. Morgan Le Faye is perhaps too close to Celtic goddess The Morrigan, but Walker references plenty of other potential options. The Lady of the Lake, Sir Lancelot, and the Green Knight are just some of the characters from Arthurian myth who could now make their way into Smite. 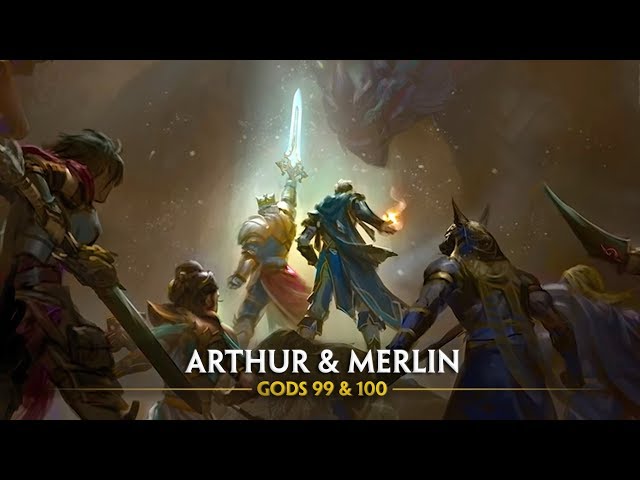 But how far can Hi-Rez go? Walker tells me there are several important factors in creating a new set of gods and chief among those is managing expectations. Alongside Arthur and Merlin, the team’s presentation revealed that the Egyptian deities Set and Horus will arrive in the game in 2019, as well as the legendary Norse world serpent Jörmungandr, and three as yet unannounced characters. Delivering on fan requests is clearly important as Walker makes clear during our conversation. “I wasn’t going to go ahead with Arthur and Merlin if I couldn’t also get Set and Horus. It’s about delivering on expectations, but also trying to find a fun little twist on the formula every year.”

It’s also important not to push the semi-divine too far. Smite is still a place for the heavenly to duke it out, so Hi-Rez doesn’t want to be delving into nursery rhymes or urban legend for inspiration (although I’m personally not against Humpty Dumpty or Bigfoot showing up at some point). There’s no plan to slow down on god development in the near future, but as the game’s oldest pantheons grow ever larger, bringing in more unexpected characters could prove to be a significant part of Smite’s evolution.