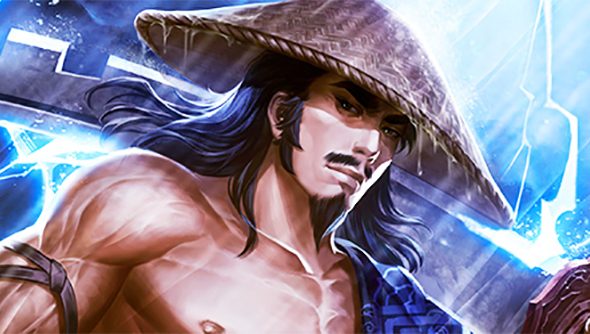 The latest update to popular MOBA Smite features a new character and new skins, with fresh fighter Susano – the ‘God of the Summer Storm’ – stealing the headlines.

A fan of freebies? Check out our rundown of the best free PC games while you’re here.

As detailed by developer Hi-Rez Studios, Susano is the third character from the Japanese panthenon to be launched into play, sporting a host of new moves including ‘Storm Kata’, which enables him to move three times in succession with up to 3 seconds available in between each strike.

New God Skins – including Vicious Apollo, Riftshaker Janus, Joki Loki,Jar.Rar Xbalanque, Red Vengeance Nemesis and Raijin Masteries – are also included in the patch, as well as a limited Last Laugh Loki skin available for free in a bundle with the Joki Loki skin until May 24.

As you might expect, a number of tweaks and adjustments have also been included in the patch, each one designed to improve play for Smite’s growing userbase.

“We’re making a number of changes to Conquest this patch, based on feedback we’ve received since the start of Season 3,” offers Smite on its website on one of the tweaks. “While overall the Season 3 meta changes have been very successful, Conquest in particular has lost some enjoyment, especially in the jungling role. We want to empower Junglers once more, and let them spend more time roaming the Jungle.

“Overall these changes should lead to Junglers being able to make more interesting decisions, feel more relevant in all lanes, and have more dedicated sources of farm for them to stay relevant as an individual role.”

You can take a squizz at the full rundown of changes included in the update over on the game’s website.