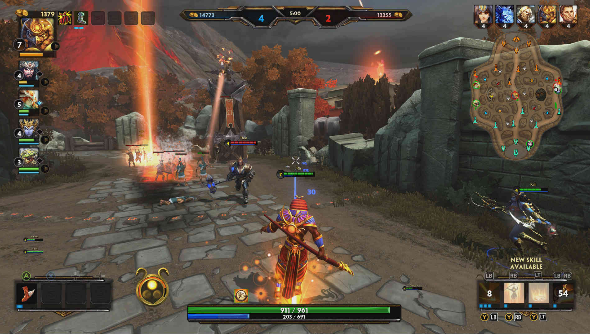 If you’re a MOBA worth your salt, you have an international eSports tournament. Smite is looking to prove that it has lots of salt in an epic gods vs gods smackdown next year with a World Championship tournament at the Cobb Energy Performing Arts Centre in Atlanta, USA from January 7-10.

Officially titled the ‘Smite World Championship presented by Xbox One’ because it’s now out on that console thingy, the tournament will pit the best of the best players against each other in two competitions: the Smite PC World Championship and the Smite Xbox One Invitational. Players from North America, Europe, Brazil, Latin America, and Australia will all be competing.

The prize pool for the tournament will be a modest $1 million, a far cry from Dota 2 The International’s $16 million. The lower prize pot is an attempt by Hi-Rez to spread prize money further, allowing professional Smite players to win money at other events throughout the season, rather than putting all their hopes on the World Championship.