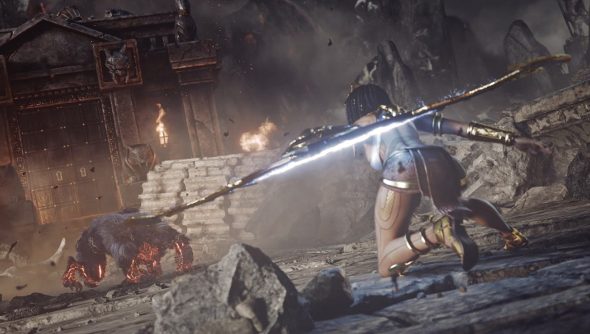 Last year, Smite players duked it out in regional championships to get a spot in the World Championship tournament. The victors will clash this Friday in Atlanta, when the tournament begins, all fighting for a prize pool of $2.5 million, making it the third largest in eSports history.

To celebrate all this deicide, Hi-Rez has released a shiny new trailer, and you can slap your eyes on it below.

Eight teams will be fighting in the divine battles, two from each region. From North America, there’s Cognitive Red and Cognitive Prime, Europe’s represented by Titan and SK Gaming, Oh My God and DID emerged from the Chinese qualifier, while Name Not Found and We Love Bacon are the South American teams.

The first match of the weekend-long event will kick off at 10:30am, with Cognitive Red and DID hoping to claim the first victory of the tournament. You can watch it over on the Smite Twitch channel.

And if you fancy getting to grips with the game, check out our Smite beginner’s guide.